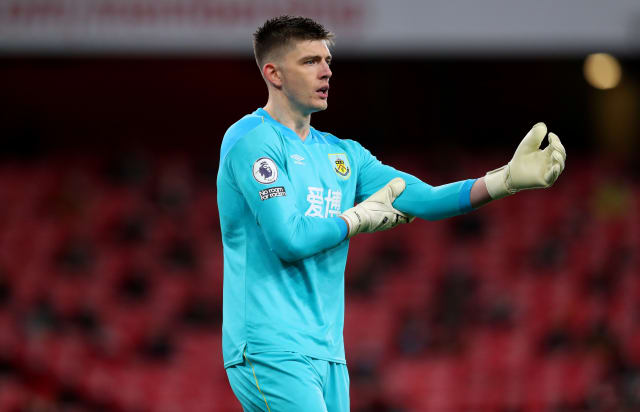 Nick Pope believes Burnley have turned the corner after their difficult start to the season.

The England international has now kept four clean sheets in his last six games after Thursday’s 0-0 draw at Aston Villa.

The hosts had 27 shots, hitting the woodwork twice, but could not find a way past the Clarets, who climbed out of the Premier League’s relegation zone.

Burnley have also taken four points from trips to Arsenal and Villa this week, having won 1-0 at the Emirates on Sunday.

They have lost once in their last six games and Pope knows they have something to build on after failing to win their opening seven matches.

“It’s tough to go back-to-back away from home with a small turnaround,” the goalkeeper told the club’s official site.

“Two away games in the Premier League are never going to be easy, so to come away from both unbeaten with two clean sheets and four points, we’ve got to be happy.

“It keeps the momentum going. To put that sort of run together of clean sheets and performances is something we’re happy with.

“We weren’t at our best on the ball and didn’t create as much as we wanted to.

“We could have done things better on that side of the game but when you don’t play your best on the ball, to have that kind of performance defensively and off the ball with a clean sheet, you’re guaranteed a point which is a good trait to have.”

Villa remain 11th ahead of Sunday’s derby at West Brom but they will welcome back Douglas Luiz and Matty Cash after they were suspended on Thursday.

Marvelous Nakamba, who replaced the banned Luiz, told the club’s official site: “Every time I’m needed, I’m always ready for the team. We have a group of good players who are pushing each other in training.

“We have to continue to give our best in each and every game. We have to try to keep getting better and better.

“We’re looking forward to the next game, the derby. We have to go back to the drawing board as a group and focus on the next match.”