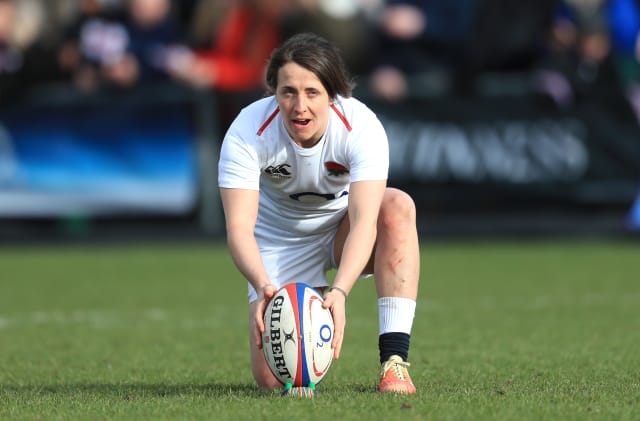 The fly-half led her country to glory at the 2014 tournament in France and scored 542 points across 116 caps.

Daley-Mclean, 34, is England’s third most-capped player of all time, behind Rochelle Clark and Sarah Hunter, and second only to Emily Scarratt in the list of all-time points scorers.

“Having had time to reflect following the autumn internationals, I have decided now is the right time to retire from international rugby,” she said in a statement on englandrugby.com.

“This has been a difficult but relatively quick decision and feels like the right time.

“I have been fortunate to be involved in four World Cup campaigns in my career and to win one.

“It has been a total privilege to be a Red Rose. I’ll be the team’s number one fan.”

Daley-Mclean, whose Test debut came against Scotland in February 2007, was made an MBE in the 2014 New Year’s Honours List for services to rugby.

At club level, Daley-Mclean represented Darlington Mowden Park Sharks and Loughborough Lightning before taking on her current role as player-coach at Sale at the start of the 2020-21 season.