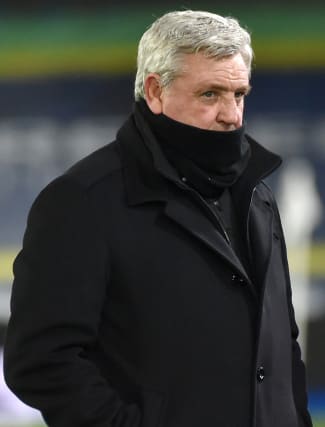 Newcastle head coach Steve Bruce has revealed some of his Covid-19 victims have been left needing to lie down after a short walk as they attempt to battle their way through the virus.

The Magpies will once again be without a series of unnamed players for Saturday’s Premier League fixture against Fulham at St James’ Park as a result of the lingering effects of the coronavirus outbreak which prompted the club to close their training ground at the end of last month.

Defender Federico Fernandez and midfielder Isaac Hayden have retuned to the fold in the last week, but some of their team-mates have not been so fortunate.

Bruce said: “We’ve had the full range. We’ve had vomiting, sores, mouth ulcers, no smell, no taste – but the big thing, of course, and which is the worrying thing, is the welfare of one or two or three of them.

“It’s not great at all. We’re still going to be weeks and that long-term Covid is something which you wouldn’t think possible in young, fit, athletes. Unfortunately, it is so.

“I will be governed by the doctors and the medical people, but the most worrying element is fatigue. I think most people will realise, or the vast majority who have got it, the one thing that the virus leaves, even if the virus has left them, is the fatigue aspect.

“They go for a walk for half an hour and then they want to go back to bed. It’s as brutal as that. It has been very difficult. It has been a really difficult couple of weeks.”

Two members of Bruce’s squad have been hit particularly hard by the virus, and the 59-year-old admits their plight has served to illustrate the gravity of the situation.

He said: “My thoughts are with the two players, and the welfare of them. It’s frightening when you think they are young and fit and absolutely supreme athletes.

“If anybody needs reminding of how serious this is, then we have witnessed it.”