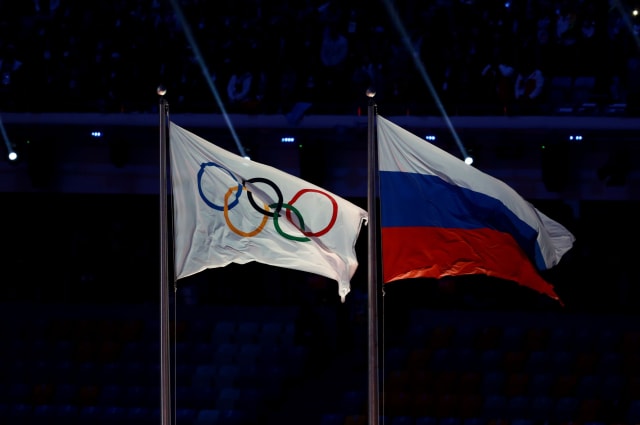 Sanctions imposed on Russia for state-sponsored doping have been described as “watered down” and “a catastrophic blow to clean athletes”.

The country will not be officially represented at the next summer and winter Olympic and Paralympic Games, the 2022 football World Cup finals in Qatar or any other world championships in sports signed up to the global anti-doping code following a ruling by the Court of Arbitration for Sport (CAS) on Thursday.

It marks the latest chapter in the Russian doping saga. In December last year the World Anti-Doping Agency (WADA) imposed a four-year ban on the Russian national agency RUSADA, declaring it non-compliant after WADA investigators found data from an anti-doping laboratory in Moscow had been manipulated and deleted.

However, the CAS judges reduced the sanction to two years on Thursday.

Travis Tygart, the chief executive of the United States Anti-Doping Agency, was especially scathing about the ruling.

“At this stage in this sordid Russian state-sponsored doping affair, now spanning close to a decade, there is no consolation in this weak, watered-down outcome,” he said.

“To once again escape a meaningful consequence proportional to the crimes, much less a real ban, is a catastrophic blow to clean athletes, the integrity of sport, and the rule of law.”

Teams will not be able to officially compete as Russia, the Russian flag must not be displayed or the anthem played at competition venues.

Athletes can compete as neutrals, CAS ruled, provided they are not individually subject to a suspension. Controversially, their kit can still contain the word ‘Russia’, provided the words ‘neutral athlete’ are displayed in English and given equal size and prominence. The kit must not bear the Russian flag, but can contain some or all of the colours of that flag.

Nicole Sapstead, the chief executive of UK Anti-Doping, said her organisation was “frustrated” at the reduction in the ban and certain aspects of it, such as the concessions on neutral athlete kit.

Russia is also barred from hosting or entering the bidding to host Olympic, Paralympic and world championship events covered under the sanctions during the two-year period, and where hosting rights have been awarded, they should be revoked.

The laboratory data which WADA later found to have been altered was sent to it in January 2019, as a condition of Russia’s hugely controversial reinstatement to compliance in September 2018.

Allegations of widespread Russian doping in athletics first surfaced in a German television documentary in December 2014, but investigations quickly moved onto other sports as well.

RUSADA was first declared non-compliant by WADA in November 2015.

An independent report for WADA by Richard McLaren in July 2016 detailed the extent of state-run doping at the Sochi Winter Olympics two years earlier.

The International Olympic Committee opted against a blanket ban on Russian athletes at that summer’s Rio Games, but its Paralympic counterparts did bar Russian competitors.

WADA saw the outcome as a victory of sorts, saying it was “pleased to have won this landmark case”.

“We left no stone unturned in investigating this very complex matter and in presenting our case before CAS,” WADA president Witold Banka said.

“The panel has clearly upheld our findings that the Russian authorities brazenly and illegally manipulated the Moscow Laboratory data in an effort to cover up an institutionalised doping scheme.”

He added though that WADA was “disappointed” that the panel had not endorsed all of its recommended sanctions.

“We believe they were proportionate and reasonable, but ultimately WADA is not the judge but the prosecutor and we must respect the decision of the panel,” Banka said.

“Our only disappointment is that their recommendations were not endorsed in full.”

The IOC said it would consult with the International Paralympic Committee and international sports federations on the CAS ruling to ensure a consistent approach to implementing it.