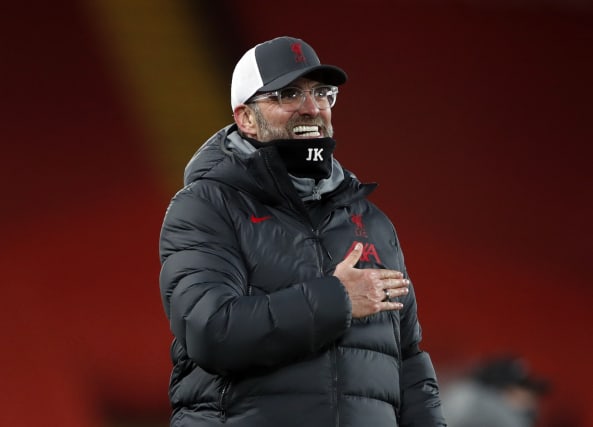 Liverpool manager Jurgen Klopp has been named the men’s coach of the year at the FIFA Best Football Awards.

Klopp gave credit to his coaching team, saying: “I have to thank these boys. What we did in the last few years was really special.”

On the Premier League title, the German added: “I had no idea how it would feel and it felt absolutely overwhelming.”

Son Heung-min’s sublime individual goal for Tottenham against Burnley last December has been named the best in the world over the last year.

The South Korean picked up the ball on the edge of his own area during the 5-0 Premier League win before running through the entire Burnley team and slotting past Nick Pope.

Son beat efforts from Luiz Suarez for Barcelona and Flamengo’s Giorgian De Arrascaeta to win the Puskas Award at FIFA’s The Best ceremony.

Son follows in the footsteps of the likes of Cristiano Ronaldo, Neymar, James Rodriguez, Zlatan Ibrahimovic and Mohamed Salah in claiming the award.