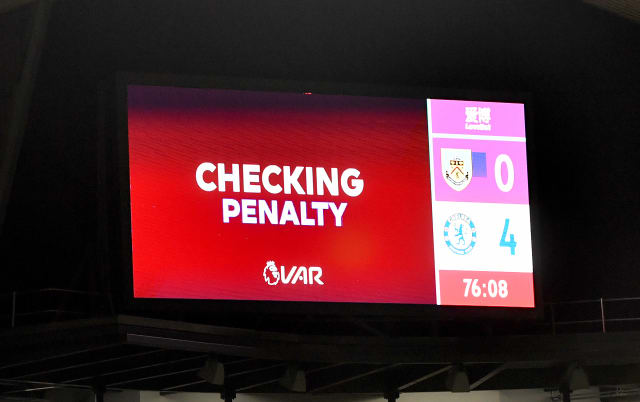 VAR has helped to clean up football, according to a key figure at the game’s law-making body.

The application of the technology has been controversial to say the least, with two-thirds of respondents in a YouGov poll in February saying they felt it made watching Premier League matches less enjoyable.

David Elleray, a former Premier League referee who is now the technical director for the International Football Association Board (IFAB), accepts VAR has affected the flow of the game but says it has also made the game fairer.

“It’s clear that football is fairer but it’s also clear that VAR has had an impact on the flow of the game,” he said.

“Inevitably if you are going to stop the game to look at a replay, that involves stopping the flow of the game.

“There is evidence that there is a significant reduction in simulation in the penalty area, there’s also a general reduction in players mobbing and arguing with referees because they know very well that any contentious decision relating to a penalty or a goal is going to be checked or reviewed by the VAR. So behaviour is better.

“There are a fewer games decided by clear and obvious errors by the match officials, there are fewer players getting away with violence on the field behind the referee’s back or indeed getting away with potential injury-threatening tackles which the referee hasn’t been able to judge correctly.”

There was criticism of the failure of officials to act either at the time or retrospectively on a challenge by Everton goalkeeper Jordan Pickford on Liverpool defender Virgil Van Dijk in October.

The referee or the VAR could have decided to send the England international off for violent conduct without giving a penalty even though offside had already been given, but ultimately did not do so.

Van Dijk suffered anterior cruciate ligament damage in the challenge and remains sidelined, with Liverpool not wishing to put a time frame on his recovery.