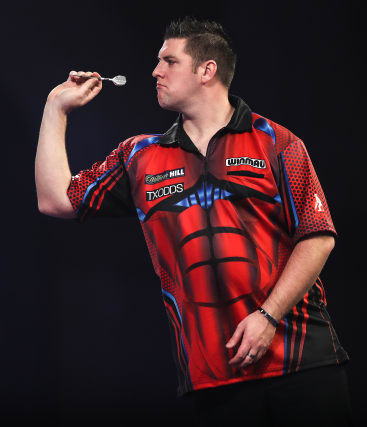 Daryl Gurney advanced into the third round of the PDC World Championship as he saw off William O’Connor 3-2 at Alexandra Palace.

Gurney, the 11th seed, won the first two sets before missing four match darts in the third as O’Connor reduced the deficit.

After O’Connor then continued his fightback to draw level, Gurney broke his opponent’s throw in the first leg of the deciding set en route to winning it 3-0.

The Northern Irishman, who will face Chris Dobey in round three, said afterwards in quotes on pdc.tv: “I’ve been working so hard at home to prepare for this World Championship.

“I needed to put the work in to get myself up to speed because I feel like the standard in the PDC is moving on and I don’t want to get left behind. I feel so much more confident and my scoring has come back. I’ve always been a big scorer and I need to be hitting trebles to feel comfortable up there.

“I have been awful recently by my own standards. I knew it would be a tough game today so I’m pleased to get through it.”

Fourteenth seed Jose De Sousa also made it through to the third round after the Portuguese came back from a set down to defeat Ross Smith 3-1.

Madars Razma is through to a second-round clash with two-time winner Gary Anderson after winning 3-0 against Toru Suzuki, and Jamie Lewis will face Gerwyn Price following a 3-2 victory over Luke Woodhouse.