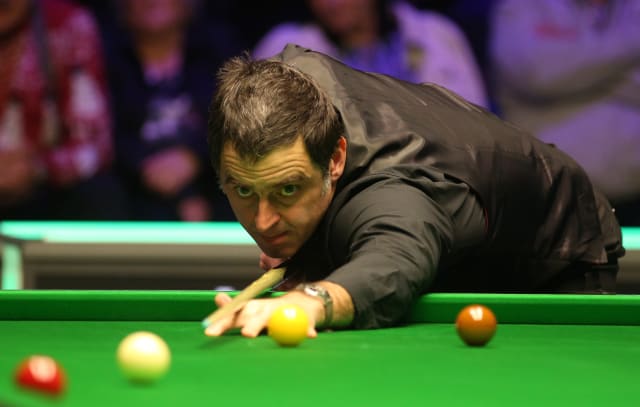 Ronnie O’Sullivan booked his place in the quarter-finals of the World Grand Prix in Milton Keynes despite appearing to forget the rules.

O’Sullivan beat Barry Hawkins 4-1 but only after becoming confused by referee Ben Williams’ explanation of the difference between the three-miss and free-ball laws.

The six-time world champion engaged in a sustained but light-hearted discussion with Williams which concluded with him asking: “Are you sure they’re the rules?”

Williams stuck to his guns and was backed up by match supervisor and former world final referee Leo Scullion.

O’Sullivan made a century and three half-century breaks during the win and will next face Kyren Wilson.

Judd Trump insisted he does not get the credit he deserves after edging past Stuart Bingham to reach the last eight.

The world number one capitalised on a mistake by Bingham in the final frame to clinch a 4-3 win and keep alive his hopes of reaching his fifth ranking event final of the season.

Trump told World Snooker Tour’s official website: “I don’t know anyone who’s had a start to the season like I’ve had – I think if it was someone else it would be a lot more publicised.

“I’m proud of how I’ve started the season and a lot of the top players outside the top four would take what I’ve done already – and I’ve still got a handful of events left in the season.”

Bingham faltered on 88 in a maximum bid but responded with a break of 132 in the next as he established a 3-1 lead.

But Trump immediately responded with a century of his own and after pulling level, produced a match-winning break of 61 after Bingham missed a pink to the middle.

Trump will next face Martin Gould who beat Lu Ning 4-1, while Mark Selby also required a decider to squeeze past Liang Wenbo 4-3.