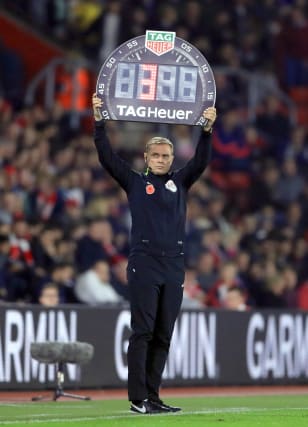 The International Football Association Board (IFAB) announced on Wednesday that it had given the go-ahead for trials to start from January 2021.

IFAB said that its members “agreed that, in the event of an actual or suspected concussion, the player in question should be permanently removed from the match to protect their welfare, but the player’s team should not suffer a numerical disadvantage”.

The Football Association had already stated that it was hoping to introduce the additional substitute at the “earliest possible stage” of the men’s and women’s FA Cup competitions, as well as the Women’s Super League and Championship.

It is understood the Premier League is waiting to see the detail of the concussion protocol from IFAB before making a decision.

Its clubs are meeting on Thursday, and there could be a vote on when and if to make the change at that meeting.