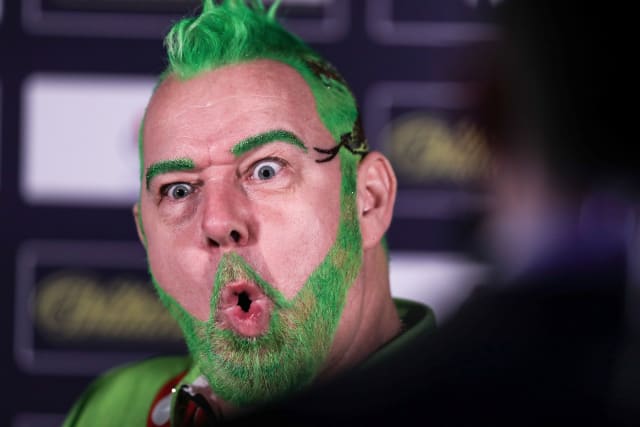 Here, the PA news agency looks at some of the best examples from December 16.

Wolves offered a solution to the problem of how to celebrate when there are no fans.

Former Barcelona star Andres Iniesta, now at Vissel Kobe in Japan, is starting the road to recovery after surgery.

Jack Brooks was back in the gym/bar!

A different costume but the same result for Peter Wright.

Karel Sedlacek is a Max and Paddy fan…

New AlphaTauri driver Yuki Tsunoda knows he will be carrying the hopes of a nation next year.

Another big fight night this weekend.

Wise words from The Hitman.

Frank Bruno did his best to spread the Christmas love.

Poults… not sure on that one.