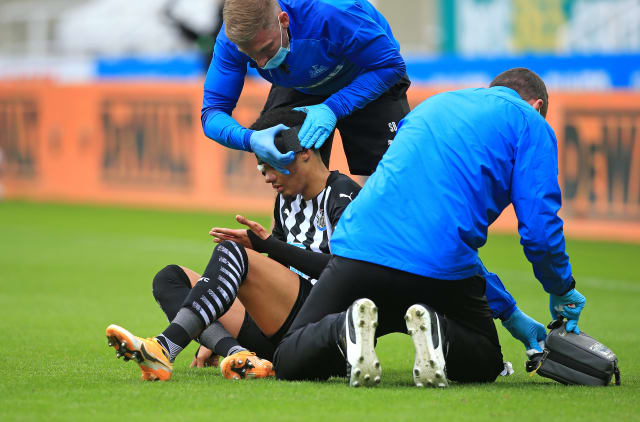 The International Football Association Board met on Wednesday for its annual business meeting with concussion substitutes, the handball law and the offside law on the agenda.

Here, the PA news agency looks at the main outcomes from the meeting.

What did the IFAB decide on concussion?

It has given the green light to competitions to apply to try out one of two protocols involving additional permanent concussion substitutes. Under the first, a team can make one additional substitution where concussion is suspected, but the opposition cannot make a change to compensate. The second, which the Football Association will adopt for a number of its competitions including the FA Cup, allows teams to make up to two concussion substitutes with the opposition permitted to make the same number of changes. In conjunction with allowing teams to make five changes in 90 minutes during an FA Cup tie, plus a further one in any tie going to extra-time, it means teams could use eight substitutes in a match. That could even in theory be 10 substitutions in the extremely remote event of both sides having two players who must come off with suspected concussion in a match which goes to extra-time. IFAB is yet to provide clarity on this.

Why did it decide to allow permanent substitutions, rather than temporary ones?

IFAB feel it is the safest approach. The FA’s head of medicine Dr Charlotte Cowie said there was a “flaw” in the temporary substitute approach, and pointed to World Rugby data which showed 15 per cent of players who were allowed back on after an assessment were later diagnosed with concussion, which she described as “false negatives”. The FA feel the approach it is following chimes with its ‘If In Doubt, Sit Them Out’ approach to concussion.

What has the reaction been?

Brain injury charity Headway criticised the protocols, as did Dr Willie Stewart, the lead researcher in the FIELD study which focused on the prevalence of neurodegenerative disease among former footballers. He said it was akin to putting “lipstick on a pig”.

Premier League clubs are expected to make a decision on whether, and when, to introduce the same protocol as the FA at a shareholders’ meeting on Thursday. The Scottish Football Association also welcomed the protocols. FIFA could look at trialling one of the protocols at the Olympic football tournament, as it planned to last summer before the Games were cancelled due to the coronavirus pandemic, while UEFA may want to introduce the change for the knockout stages of the Champions League and Europa League in the new year.

How long will the trials run?

They can start as early as next month and data from the trials will be assessed in March 2022, when IFAB’s annual general meeting takes place that year.

How about five substitutes?

IFAB has extended the temporary law amendment to allow up to five substitutions until December 2021 for domestic competitions and to July 2022 for international competitions. It is an issue which will be kept under constant review, and a decision could be taken at the 2021 AGM next March to extend the domestic dispensation to July 2022 as well.

What did IFAB say about handball?

No definitive decisions were taken on this – that must wait for the AGM in March. But IFAB’s technical director David Elleray said consideration was being given to providing greater clarification on what is a ‘natural’ body position. He said officials would need to take account of whether a player’s hand or arm was “in a position which can be justified by their body movement at that point of play”. He also said IFAB would “reflect” on the law related to attacking handballs, where even unintentional handballs are currently penalised when they occur directly before a goal is scored.

Did they talk about offside?

Yes, IFAB watched a number of presentations including one from former Arsenal manager Arsene Wenger, who has proposed a change to the law whereby a player is onside if any part of him which can score a goal is level. However, the meeting’s chair, Football Association of Wales chief executive Jonathan Ford, said any thought of trials were in their infancy, so it is unlikely we will see any experimentation next season.