Ralph Hasenhuttl says Southampton are not favourites to win at Arsenal 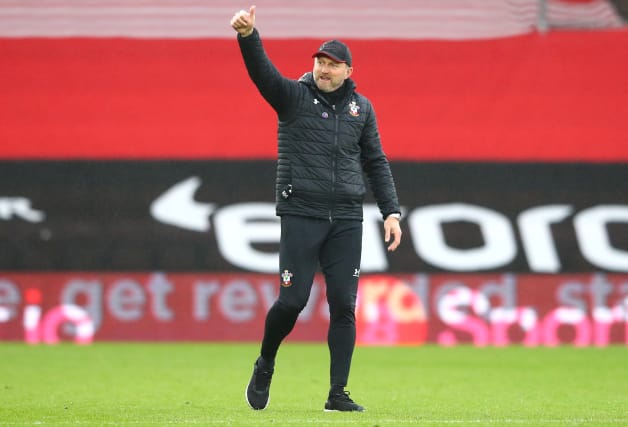 Ralph Hasenhuttl has insisted it would be “stupid” to think high-flying Southampton could go to struggling Arsenal as favourites.

The Saints head for the Emirates Stadium on Wednesday evening sitting in fourth place in the Premier League table and 10 points better off than the under-fire Gunners in 15th.

However, despite the pressure mounting on opposite number Mikel Arteta, Hasenhuttl is refusing to be taken in by the hosts’ current difficulties.

Asked if his side would run out as favourites, he said: “No. I don’t anybody expects that we’ll go there and dominate them, nobody expects this. It would be stupid to think it.

“I don’t feel we are favourites going to Arsenal. Nobody wants to be the favourite, but favourite or not favourite, it’s not really interesting for the game.

“The mentality must be that we are convinced about what we are doing and find a good balance of not forgetting about the basics which have brought us to this situation that we are in now.”

Southampton are currently in a rich vein of form having collected 23 of the last 30 points they have contested and while they will travel in hope and with some justification, they will do so not having won in the league at Arsenal since 1987.

Back-to-back victories over Brighton and the Blades at the end of a 10-game run which has seen only Manchester United get the better of them have cemented a fine start to the campaign, but the manager will not allow his players to be carried away.

“But we have definitely learned to manage the game well and this will be important tomorrow also. You cannot only run against the ball and only hunt and only work against the ball, you need to have also some possession to keep them away from your box.

“Hopefully we are better prepared and can do it over 90 minutes to stretch them.”