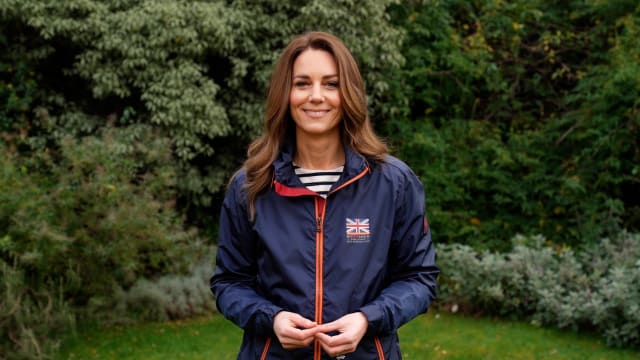 Great Britain’s latest bid to win the world’s oldest sporting trophy has been given the royal seal of approval.

The Duchess of Cambridge has issued a good luck message to the team, headed by four-time Olympic champion Sir Ben Ainslie, with the qualifying series set to begin in New Zealand this week.

A keen sailor who was dressed in one of the crew’s navy jackets, the Duchess said in a video message: “Sir Ben Ainslie and his team are about to embark on the challenge of a lifetime – an attempt to win sport’s oldest international trophy, the America’s Cup.

“As all the teams prepare to take part in their first race, I want to wish them the very best of luck over the coming months. We will all be cheering you on.”

The 36th America’s Cup will take place in March next year, when reigning champions Emirates Team New Zealand will face challengers whose right has been established via a series of warm-up and selection races: either Ainslie’s team, Italy’s Luna Rossa Prada Pirelli Team, or the New York Yacht Club’s American Magic.

Competitors in the 2021 America’s Cup will be racing AC75 hydrofoil monohulls. The 75-foot boats are designed to effectively ‘fly’ up to two metres above the surface of the water, and can reach speeds in excess of 60mph. The first winner of the race in 1851 was a 101-foot schooner.

Ainslie has been a regular presence in the America’s Cup series since retiring from Olympic sailing. He acted as a tactician for Team New Zealand in 2005, and performed the same role for winners Oracle Team USA in 2013. Ainslie formed a British team in 2012, and in 2017 they were eliminated in the semi-finals.

Early signs for this year’s British challenge have not been exactly positive. The team missed most of the opening week of trial races due to a gear problem, and suffered the indignity of having to be towed back to their base on Monday. Ainslie belatedly completed his first trial race on Tuesday, but was well beaten by his American rivals.