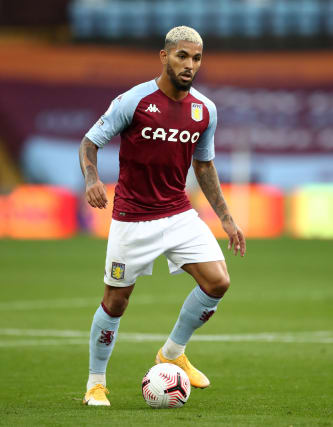 Aston Villa boss Dean Smith hopes Douglas Luiz and Ezri Konsa can be tied to long-term contracts at the club.

There has been growing speculation about the future of Brazilian midfielder Luiz, who has impressed following his move from Manchester City to the midlands in the summer of 2019.

City have a buy-back clause, which will have added impetus to Villa’s thinking regarding a new deal.

Smith said: “There will be ongoing discussions with the sporting director, and representatives of our players. That is something ongoing all the time at the club.

“I’m not sure who we’re talking to but Douglas is obviously one who I think has a big future at this football club. Ezri Konsa is another one, but a lot of our players are on long-term contracts anyway. We’ve got a lot of players tied up looking at the future.”

McGinn has started every Premier League game this season having missed a chunk of the last campaign with a fractured ankle.

Smith believes there is still more to come from the 26-year-old, saying: “What a signing Steve Bruce made. He’s made a real impact in a short time at the club. He’s absolutely adored by the supporters.

“We were robbed of him last season when he got injured, that was detrimental to the performances of the team when one of your key players gets injured.

“We’re glad to have him back, John still says there’s more than 15-20 per cent to come from him. We’re happy with where he is and we’ll help him keep growing.”

Villa returned to winning ways at the weekend with a narrow victory over Wolves and are back in action on Thursday against struggling Burnley.

With Birmingham in tier three, the game at Villa Park will again be played behind closed doors, and the hosts will hope to end a run of three straight home defeats.

Smith said: “There is certainly a neutral feeling about every game at the moment with no supporters present. We have still not experienced it (with fans). I know the London clubs are going to tier three now so won’t have fans.

“The games at Villa Park, we certainly deserved something out of the Brighton game, we shouldn’t have been beaten. Southampton, as I’ve said before, was a bit of an anomaly. Leeds was a game we got wrong and took on the chin.

“But we certainly don’t read too much into the fact we have lost three games on the spin at home. I don’t believe there is a trend behind it.”

Smith will assess whether Ross Barkley can return to action after a hamstring injury but Trezeguet is expected to be missing for several weeks because of a similar problem.