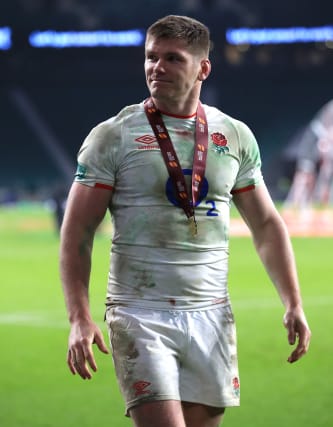 England captain Owen Farrell views advancing into the knockout phase of the 2023 World Cup as a major challenge after the Six Nations champions were drawn alongside Argentina and Japan in Pool D.

The resurgent Pumas finished second in the recent Tri Nations Series after producing an historic first victory over New Zealand, while Japan were recently elevated into tier one and are positioned 10th in the global rankings.

Completing the group when regional qualifying has finished will be Oceania 1 and Americas 2.

“It’s a great pool to be a part of. If you look across them all, they’re all tough, tough pools,” Farrell said.

“With the way that Japan and Argentina are going at the minute, some of the rugby that has been played over the last few years by them both, obviously it’s going to be a tough pool.

“Argentina are an unbelievably passionate team. Everybody knows that. The way that they performed recently is obviously fantastic.

“But at he same time there’s a long time to go before the World Cup and there’s a lot of time for everybody to improve and make a run for it.

“Everybody is looking to build to make sure that when the World Cup starts they’ll be at their best.”