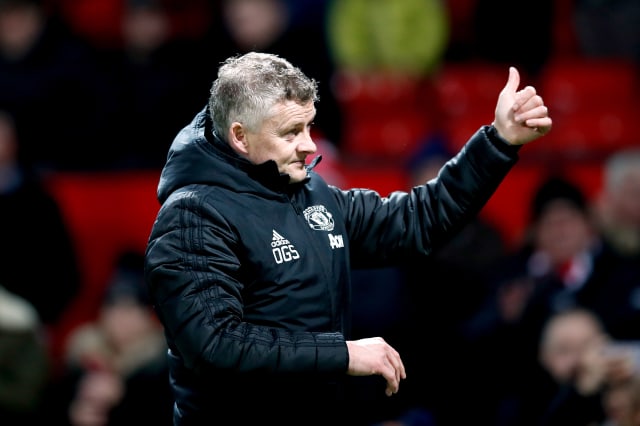 Manchester United will face LaLiga leaders Real Sociedad in the final 32 of the Europa League while Tottenham must play Wolfsberger.

Ole Gunner Solskjaer’s United side dropped into the competition after they were knocked out of the Champions League last week.

United will travel to Sociedad for the first leg on February 18 with the LaLiga side heading to Old Trafford a week later.

Sociedad are currently top of LaLiga on goal difference, although they have played two more games than Atletico Madrid.

They have lost just twice in all competitions this season but have drawn their last six matches.

Jose Mourinho’s Tottenham, the Premier League leaders, go to Wolfsberger in Austria for their first leg.

Leicester go to Slavia Prague for their first-leg tie having won Group G with the Czech Republic outfit having come second in Group C.

Arsenal, the Group B winners, will play Benfica, who finished behind Rangers in Group D.

Steven Gerrard’s side have been paired with Royal Antwerp of the Belgian Pro League.

The first legs will be played on February 18 with the second legs a week later and the draw for the final 16 will be held on February 26.