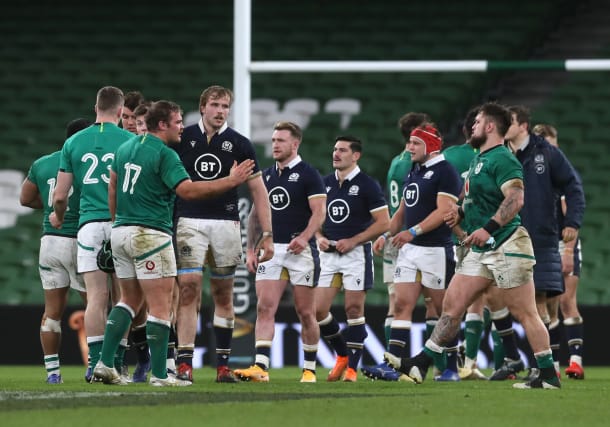 Ireland and Scotland have been drawn together alongside world champions South Africa for the pool stage of the 2023 Rugby World Cup in France.

Andy Farrell’s side and Gregor Townsend’s men will join the Springboks, an Asia/Pacific qualifier and a qualifier from Europe in Pool B.

England have been drawn alongside Japan and Argentina in Pool D, while Wales will be joined in Pool C by Australia and Fiji.

Hosts France have been paired with three-time world champions New Zealand in Pool A, a group which also includes Italy.