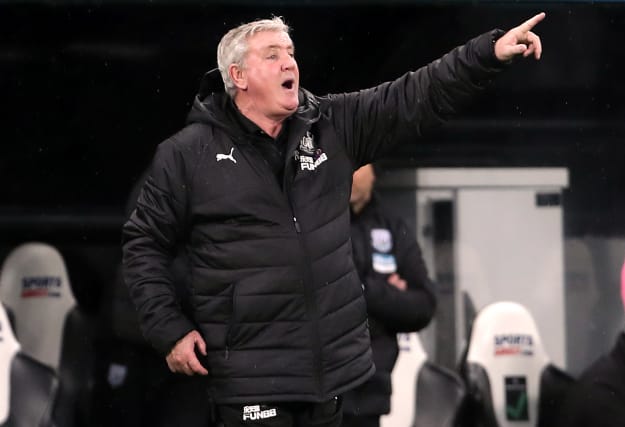 Steve Bruce praised his Newcastle players for bouncing back from the club’s coronavirus crisis and revealed that three players who featured in the 2-1 win over West Brom had recently recovered from the illness.

Miguel Almiron served up the best possible response to the Magpies’ gruelling fortnight by opening the scoring after 19 seconds, then substitute Dwight Gayle snatched the points with a late header after Darnell Furlong equalised.

Bruce said: “I can’t give enough credit to the players and the staff who have worked tirelessly behind the scenes over the last couple of weeks, and certainly the medical department whose decision to shut us down was spot on.

“We had three players who played today who had the virus, but it is about the after-effects and the way they recover.

“We’ve still got two or three who are poorly with it now, so I’m delighted for everyone concerned because it’s been a really challenging 10 days or so.”

Bruce reserved particular praise for Isaac Hayden, who produced a towering performance at centre-back despite having publicly revealed that he was one of the players who had fought off the virus.

Bruce added: “I didn’t think I would have him until last Monday, so for him to get out of bed and produce a performance like that was great to see.

“Isaac was in bed for 10 days and inevitably the three I was checking were the three who had the virus. You can be negative, but the fatigue is key to it and the magnitude and the way it ripped through everybody was frightening.”

Gayle’s late winner gave Bruce’s men their second straight Premier League win but Bruce has more immediate concerns with another raft of testing this weekend which he hopes will show the spread has ceased.

He added: “We’ve just got to try and find that consistency because the Premier League is so demanding.

“We’ve got a good couple of wins and a huge month coming up and we could do with a fully fit squad, so let’s brush it down and try not to get carried away yet – but I couldn’t be more pleased.”

Baggies boss Slaven Bilic shrugged off questions regarding his future after another defeat and said the spirit shown by his side in the second half proved they were up for the fight.

Bilic said: “It’s not a question for me as I am doing my job and I don’t get those signals or that information.

“It’s about the result of course, but today we showed again that we are there in the game to the end. We showed the character and the mentality and the quality to some degree, and the team is very much alive.”

Bilic was once again left to bemoan a poor start by his side which ultimately left them with too much to do, despite plenty of chances in the second period as the hosts began to flag.

He said: “It was a game of little margins in the end – they scored incredibly early from a situation from which we had to do better, and after that their physicality and quality up front was better than ours.

“But in the second half it was more a change of bravery and mentality, and we were good – we scored the goal but we didn’t create enough clear-cut chances and again we conceded a goal that we have to stop.”