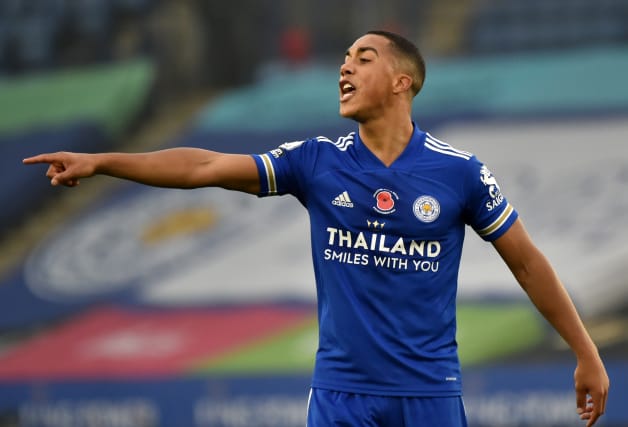 The 23-year-old midfielder has impressed for the Foxes since joining from Monaco for around £35million in 2019.

Tielemans’ agent Peter Smeets suggested this week his client is in demand ahead of the January transfer window.

But Rodgers remains relaxed about the Belgium international’s future and is just focused on improving him.

“You see it, around this time agents are starting to warm up and get some (stories) out. I’m sure Youri’s is no different,” he said, ahead of Sunday’s Premier League visit of Brighton.

“He is a very talented player, he has been fantastic for us and until anything changes I will continue to help him as a player.

“He’s a real joy to work with, a fantastic boy who loves football and prepares his life to be the best he can be. He has achieved so much but thankfully he’s very hungry and wants to improve and develop.

“Whatever happens outside of that, I’m not too interested. My job is to influence him as a player, help him be better and at this moment he is enjoying his football.”

The Foxes welcome Brighton as their injury problems start to ease and James Maddison will be fit after missing Thursday’s 2-0 Europa League win over AEK Athens with a knee problem.

Rodgers has praised his squad for coping with the loss of several key players, including Wilfred Ndidi, Ricardo Pereira and Caglar Soyuncu, but is hopeful the Foxes will return to full strength soon.

He said: “Timothy Castagne is training very, very well. He will probably just miss out for this weekend. We’ll see where he’s at in midweek and the following weekend but he’s looking good.

“Cags is the same. We probably just need to build him up a little bit more, but he’s not too far away.

“Daniel Amartey has come back into training and has trained very well. It’ll just be a process with him and when we can introduce him back into any games that we can.

“Ricardo’s probably a bit further behind, with his adductor, so you’re probably looking at a couple more weeks for him.”