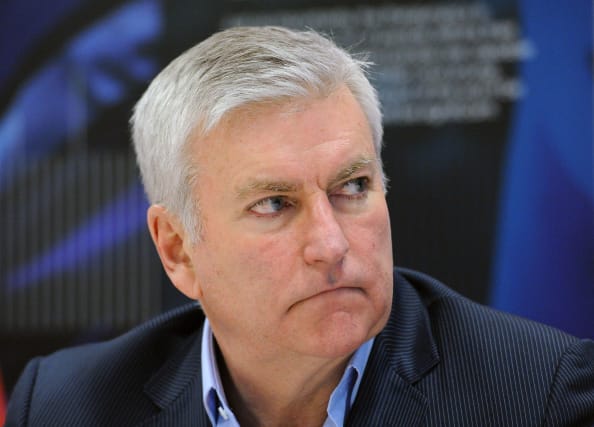 The RFU boss believes the technology and video giant could provide a viable balance for the Six Nations, allowing part of the competition to move onto pay-TV while keeping the remainder on terrestrial services.

The BBC and ITV hold the current Six Nations rights, but Sweeney admitted he is expecting Amazon to weigh into the next set of negotiations.

“The Amazon situation’s gone very well, and they are very happy,” said Sweeney.

“We met with them at the end of he Autumn Nations Cup, in terms of what they were looking for it’s gone well for them.

“And they see ways it can get better again for them as well. So we would hope this would result in further conversations.

“The Six Nations rights still exist with BBC and ITV next year, so those rights aren’t up until 2022.”

“This is a topic we talk about quite a lot,” said Sweeney.

“And you’ve got that balance between wanting to earn as much commercial value or market-rate value as you can, and pay tv can pay more, but you also want to make sure the game is available to as many eyeballs as possible, and that’s terrestrial.

“The interesting thing with Amazon is that because they are not so much a pure behind-a-paywall channel, they are a lot more relaxed about a hybrid and a mix of terrestrial and pay.

“So these are all conversations that are ongoing now and as we move into the new year.”

Sweeney insisted talks continue over CVC’s investment into the Six Nations, with the RFU boss adamant Covid-19 will not shrink the figures in the deal.

“It’s a really complex deal, you’ve got Six Nations, and you’ve got CVC themselves, different tax jurisdictions, you’ve got all sorts of conditions and setting up of a new company,” said Sweeney.

“Covid did impact it in terms of slowing it down a little bit. But it has not impacted the overall value of the deal, so that hasn’t been an issue there.

“But I would stress this is not just all about money. Yes obviously we are selling a piece of future revenues to get some capital up front, but we see that money as being used in rugby assets to grow the game.

“But of equal importance to us we think there’s a real strategic benefit to having an external common third party joining who has a stake not only in the international game but also in the club game.

“And we think that will help us to bring the game together in a way that we’ll all benefit going forward.”

Sweeney also revealed that discussions over the long-mooted global calendar are also still on the table.

“I do think it’s happening, maybe I was a bit naive and not long enough in the role to expect it to happen in 12 months,” said Sweeney.

“You’re trying to change 25 years of relationships and difficult moments and all the rest of it. But the dialogue is still very much there.

“You have your two windows, the Six Nations and the autumn window.

“There’s been a lot of talk about is that October, November, or is that July, November, and they are the conversations we’re having with the clubs and with World Rugby in terms of what’s the best structure.

“When that can take place is what’s being discussed now. Could that happen before World Cup 23, could it happen in 22, and if it does happen in 23 would it be July-November or do you wait until 24?”