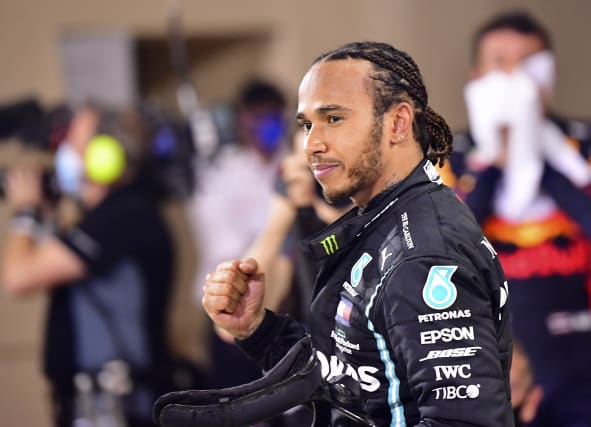 Lewis Hamilton finished fifth on his return to action at the Abu Dhabi Grand Prix.

But after testing negative for the illness, Hamilton was given the green light to participate at the season-concluding round.

Hamilton, 35, suffered a brake problem – which sidelined him for half of the 90-minute opening running of the weekend – before he finished 1.366 seconds off the pace. Hamilton completed 24 laps in the 25-degree heat.

Red Bull’s Max Verstappen led the way to finish 0.034 sec clear of Valtteri Bottas, with Renault’s Esteban Ocon third and Alexander Albon fourth in the other Red Bull. Albon was 1.1 sec slower than his team-mate.

Hamilton reported one of his hardest weeks in recent years after serving 10 days in quarantine with Covid-19.

In his absence at last weekend’s Sakhir Grand Prix, George Russell took the reins at the sport’s all-conquering team, but he was cruelly robbed of victory on two occasions, following a Mercedes pit-stop howler and late puncture.

The young Briton, 22, was back in his Williams overalls on Friday, finishing 16th.

The 21-year-old German is set to follow in the footsteps of his father Michael Schumacher, by competing on a full-time basis with Haas in 2021.

And here, he was 18th of the 20 runners, almost four seconds slower than Verstappen.

Sergio Perez, who took advantage of Russell’s troubles in Bahrain to win his maiden F1 race at the 190th attempt, finished seventh.

But the Mexican, competing in his last appearance for Racing Point, is facing a grid penalty for Sunday’s race for taking on a new engine.

The Yas Marina Circuit plays host to the 17th and final round of the Covid-disturbed campaign, as Hamilton bids to see out yet another championship-winning campaign with his 12th victory.