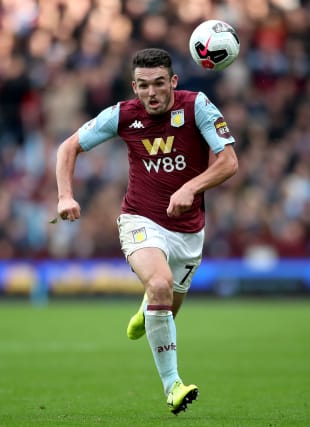 The 26-year-old Scotland international, who has been a key player for Villa since joining from Hibernian in 2018, has agreed a new deal that runs until 2025.

There was never much doubt in him committing his future to the club.

“It was an easy choice really, I have got a good relationship with everyone here,” he told Villa TV. “We have been talking for a while now, it was pretty simple, it was an easy conversation.

“It was parked with the amount of games, the international games, there were important things to focus on.

“With the Newcastle game being cancelled it was the perfect time to get it sorted and I am over the moon.

“I have got a great relationship with the gaffer, I have a lot of respect for him. He is a brilliant coach but more than that he’s a great guy. He’s a big reason why it was a no-brainer to stay.”

McGinn joined two-and-a-half years ago and helped Villa win promotion out of the Championship, before also returning from a broken leg to ensure they kept their Premier League status last term.

A promising start has followed this season and McGinn is optimistic for the future.

“It has been a strange season so far, we started well, on the whole it has been very positive, we are building something special here,” he added.

“We are still learning, we are a group that are all similar ages, it is brilliant to be around people who love being here.”