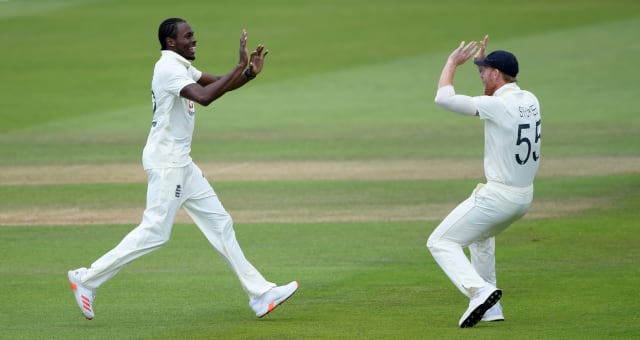 Ben Stokes and Jofra Archer have been rested for England’s Test series in Sri Lanka next month, with Essex batsman Dan Lawrence named in the squad for the first time.

England are due to spend almost three full months on tour in Asia in the new year, travelling directly from Sri Lanka to India for a three-format trip, and have concluded that those who play red and white-ball cricket cannot be asked to take part in every leg.

Stokes, whose father Ged has just died following a battle with brain cancer, and key paceman Archer have been excused from the double-header in Galle but will return for India.

Others with major workloads, including Test skipper Joe Root, Chris Woakes and Jos Buttler, can expect to be stood down as the winter programme progresses.

The travelling party consists of 16 full squad members and seven reserves, who will take part in England’s pre-series practice in Hambantota and also provide Covid-19 cover.

Opening batsman Rory Burns is not included, having previously advised selectors about the birth of his first child, with Jonny Bairstow recalled to the Test squad and hoping to win a first cap since December 2019.

His inclusion was a foregone conclusion from the moment he withdrew from his Big Bash League contract with Melbourne Stars to clear the necessary space in his diary.

Bairstow scored a fine century in his only previous Test appearance in Sri Lanka batting out of position at number three and that slot could be vacant again, with Zak Crawley likely to move to the top of the order in Burns’ absence.

Unlike Bairstow, Lawrence has made it to the BBL and is currently with Brisbane Heat, having spent 14 days in quarantine before becoming available.

The 23-year-old is one of the most reliable run-scorers on the domestic circuit and a major part of Essex’s recent successes in the County Championship and Bob Willis Trophy.

He was part of England’s expanded training group in the summer, named in the original 55-man squad, then retained as a back-up to the Test squad. Lawrence is highly rated by those at Chelmsford and beyond and has 10 first-class centuries under his belt with an average of 37.96.

Spin is likely to be a key part of the series, with Galle notorious for its turn, and England have included Dom Bess, Jack Leach and Moeen Ali as their three frontline slow bowlers. Another three, Mason Crane, Matt Parkinson and Amar Virdi are among the reserves.

Adil Rashid is once again notable by his absence. The leg-spinner was in fine form during the recent Twenty20 whitewash over South Africa and both national selector Ed Smith and head coach Chris Silverwood have spoken about bringing him back into the five-day fold after two years away.

A lingering shoulder condition has stopped him committing to that and his non-appearance in this squad could suggest that a long-term decision has been agreed.

In the seam attack James Anderson and Stuart Broad are both included, despite the unresponsive pitches they experienced when England last visited in 2018, but it would be a surprise to see both men play both Tests.

Alongside them Mark Wood and Olly Stone are on hand to provide 90mph pace.