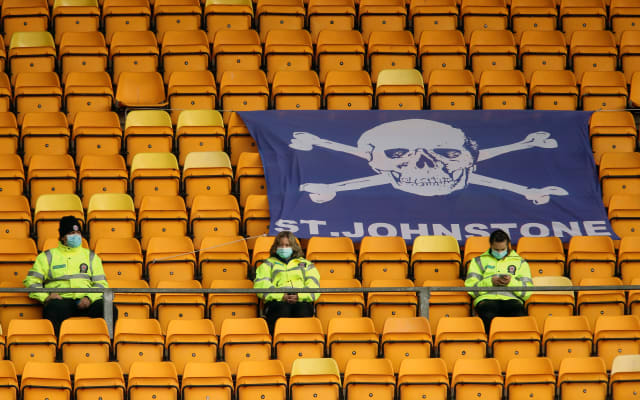 The Scottish Football Association has welcomed £55million of public funds being made available to help sport in the country navigate the pandemic.

But the Scottish Professional Football League will take further time to consider the package before responding to the Scottish Government announcement.

The bulk of the money is earmarked for football but mostly in the form of loans while other sports will mainly receive grants.

Scottish Premiership clubs can access “low-interest” loans totalling £20million while £10million in grants will be available for all other levels including women’s football.

Grants totalling £15million will be available for Scottish rugby as well as £5million in loans.

SFA president Rod Petrie said: “Today’s announcement recognises the importance of our national sport at all levels of the senior game.

“The (sports) minister has said that the Scottish Government is to provide funding via grants and loans and we eagerly await details of the conditions which are attached to both.

“We stand ready to work quickly with Sportscotland to ensure that the funding can be accessed by all clubs as efficiently as possible.”

The announcement came three weeks after sport in England was told of a £300million UK Government rescue package, five-sixths of which will be in the form of loans.

St Mirren manager Jim Goodwin was positive about the news.

“It might just be the lifeline which allows clubs to survive until the supporters can come back,” he said.

“We’re all very often critical of the people who run the country and sometimes they come in for unnecessary criticism and sometimes it’s warranted. But when they make gestures like this then they should be commended for it.”

Aberdeen boss Derek McInnes had only just heard the basic details when asked about the news.

McInnes said: “The chairman has spoken often enough about the need to get money back into the club so, if this is money in, then I’m sure it’s going to be welcomed by everybody. Paying it back maybe not so much but we will see how that plays out.

“Obviously clubs are all at different levels. There’s a lot of clubs like ourselves who are constantly forking out for tests and sticking to the protocols, travelling to two coaches to away games, trying to keep a full-time staff, trying to keep our academy running, trying so hard not to make redundancies at the club.

“And there are clubs at the other end where there is no need for testing and they are part-time but every penny is vital for each and every club.

“It seems like a lot of money but when you spread that out over everybody that’s got a case for it, and who is going to be in need of it, I don’t want to sound ungrateful, but at the same time it’s not going to go the full way for us. We still have loads to do and loads to deal with.”

Sports minister Joe Fitzpatrick said the funding would help bridge the gap in revenue for the worst-affected sports and clubs until spectators can return in larger numbers.

“These clubs are at the heart of our communities and, without urgent financial support, the survival of some could be in question,” he added.

“I’m delighted that we are able to provide significantly more support than the Barnett consequential funding received from the UK Government Sports Winter Survival package.”

Only sports venues in the bottom two of five tiers of coronavirus restrictions in Scotland are able to admit fans with the likes of Ross County and Inverness hosting about 300 supporters in recent games.

Fitzpatrick added: “Sport brings great enjoyment to the many people who watch and play, and we don’t want supporters to be delayed in returning to stadiums for any longer than is absolutely necessary.”

The funding comes on top of an earlier £1.5million Covid recovery fund administered by Sportscotland, which will work with governing bodies to prioritise the new funding.

The Scottish Rugby Union welcomed the news. Chief executive Mark Dodson said: “Our main income sources effectively dried up at an international and professional level which in turn impacted on our ability to provide the revenues we need to invest in the community game going forward.

“We have had to make difficult decisions to look at how we can keep rugby financially afloat as we move into 2021.

“The funding package today is therefore a massive boost to our sport at a critical time and I’d like to thank the Scottish Government for its generous and timely support which will underwrite rugby in the months and years ahead.”