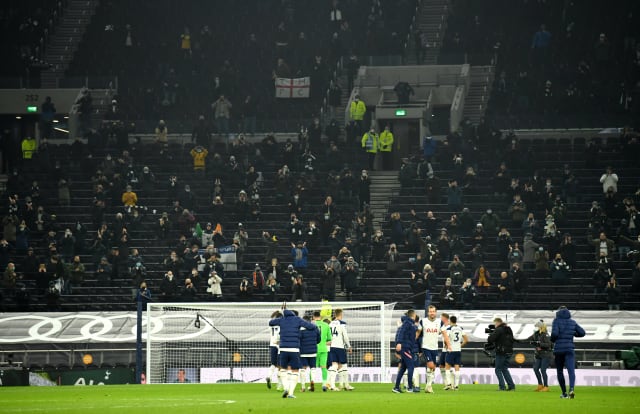 Culture Secretary Oliver Dowden says he hopes sports stadiums will be at full capacity by next autumn.

Small numbers of spectators returned to venues in England from December 2 after the introduction of the Government’s regional tier system to tackle the spread of coronavirus.

In tier two areas, up to 2,000 people can attend an outdoor event, something Dowden hopes can be increased “as rapidly as possible”.

When asked about concerns over whether the rugby league World Cup would be able to take place in this country in the autumn by fellow Conservative MP Andy Carter (Warrington South), Dowden said: “We’re very much looking forward to it as the main event of 2021. Of course we’re working very, very closely indeed with them.

“He’s absolutely right to raise the risks around Covid. I very much hope by that point we’ll be able to have full return of fans to stadiums, but of course we’ll ensure that contingencies are in place.”

The tournament is due to begin on October 23. Before that, the UK will hold a number of major events including matches in the rescheduled Euro 2020 tournament in London and Glasgow, plus Wimbledon and international men’s and women’s cricket series.

Another Conservative MP, Karl McCartney (Lincoln), had earlier asked him about plans to increase numbers at venues, pointing out that the current levels did not end the concerns clubs and fans have.

“First of all, I’m pleased about the deal that has been reached between the Premier League and the EFL – £250million which I am confident will secure the game through to the end of the season,” Dowden added.

“Of course we want (venues) to reopen as rapidly as possible. The first important step for somewhere like Lincolnshire is to get out of tier three, into tier two and then tier one, and you’ll see more fans able to attend as we go through that process.”

Up to 4,000 spectators are permitted in tier one, but only a tiny fraction of England is currently in this lowest-risk category.