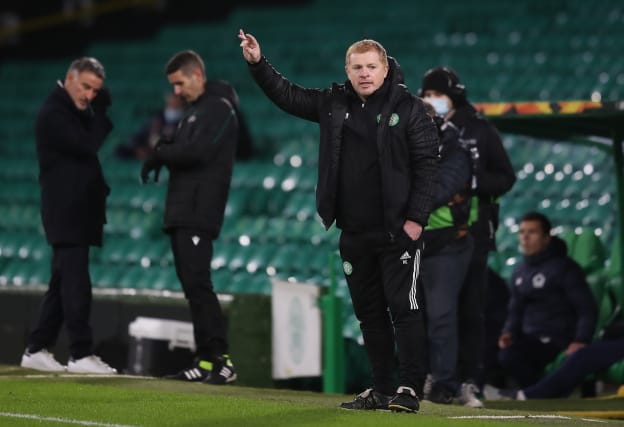 Neil Lennon hopes Celtic can kick start their season after their battling 3-2 win over Lille finished their doomed Europa League campaign on a high.

A much-changed home side had no chance of qualifying prior to their final Group H game against the French side but Christopher Jullien headed in from a corner only for Jonathan Ikone to level two minutes later.

However, 21-year-old midfielder David Turnbull, a bit-part player since joining Celtic from Motherwell in August and making his European debut for the Parkhead side, grabbed his first Hoops goal for the first win in six matches ahead of the visit of Kilmarnock in the Premiership on Sunday.

Lennon, whose side are 13 points behind Rangers at the top of the table with two games in hand, will take all the positives going from the win over the French side.

The former Celtic captain said: “We have beaten a very good team.

“We played well, with played with vigour, attitude and work either and no lack of quality.

“We defended well when we needed to. A lot of positives to take, players coming in like Soro, Turnbull, Klimala and Henderson.

“It was a great way to end the campaign, it was a disappointing campaign.

“There is a long way to go this season but we have to use this is a catalyst to get consistency. It is baby steps in the right direction

“Overall it was a good win and we move on to Kilmarnock. I would love to win on Sunday as well and back it up.

“We are delighted for Turnbull. Hopefully, the first goal of many.”

Turnbull said of his strike from a Kristoffer Ajer pass: “It means everything to  me and my family. To top it off the with a goal, I am buzzing.

“It feels amazing to score and assist in another goal.

“Hopefully it gives us momentum going into Sunday’s game and hopefully we can perform and get the result.

“It has been tough, I don’t like being on the bench but you need to work hard every day and bide your time.

“I feel as it I played well and every game go into I try to create chances and score goals and hopefully I can kick on now.”