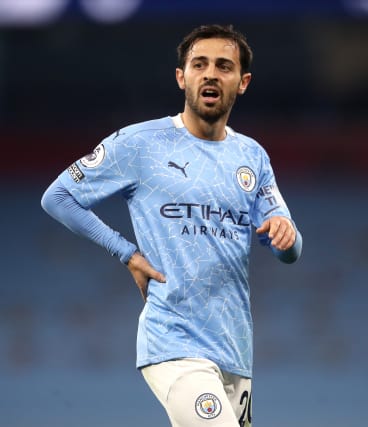 City are heading into the knockout stages of Europe’s elite competition for an eighth successive year after sweeping through their group.

Pep Guardiola’s side qualified for the last 16 with two games to spare and Wednesday’s comfortable 3-0 win over Marseille saw them finish Group C with a club-best 16 points from the section.

The challenge now is to improve upon their anti-climactic quarter-final defeats of the last three years to make a strong tilt at claiming the crown.

Midfielder Silva said: “There is a big belief that we can do better in the Champions League. We want to do better and we have to do better.

“We all know this competition is very difficult to win – it’s a special competition – but this club wants to be one of the best in the world and it has to do better in the Champions League.

“We have shown we are one of the best teams in recent years but, in the knockout stages of this competition, the small details matter. It’s a competition where we needed a bit more experience.

“In the last few years we have gained some of that experience as a team, so now we feel more ready than in previous seasons.

“Sometimes you also need a bit of luck but this is football, it’s an unpredictable game. We believe we can do better and we must do better than in previous seasons.”

City have made relatively easy work of their group and, despite making nine changes, they were far too fluent and quick for Marseille at the Etihad Stadium.

They had to wait until the 48th minute to take the lead through Ferran Torres – his sixth of the season – but from then the result was never in doubt. Sergio Aguero came off the bench and marked his return from a knee injury with the second goal on 77 minutes before Alvaro turned into his own net under pressure from Raheem Sterling late on.

With comfortable victories over Burnley and Fulham in the Premier League in recent weeks, City are looking more like their old selves after – Europe aside – an underwhelming start to the season.

That should ensure they head into Saturday’s derby against rivals Manchester United at Old Trafford in good heart.

Silva said: “We have done a good job in the Champions League so far but this is just the beginning of a long season.

“The team is in a good momentum, it’s good for the confidence of the group. We want to keep winning and that’s our focus for Saturday as well against Manchester United.

“It’s going to be a tough game against one of the best teams in the world, with a lot of good and talented players. It’s always difficult to play against them.

“But hopefully we can continue with our good moment and extend our current winning streak. We obviously want to win, we need the points to get closer to the top of the league.”