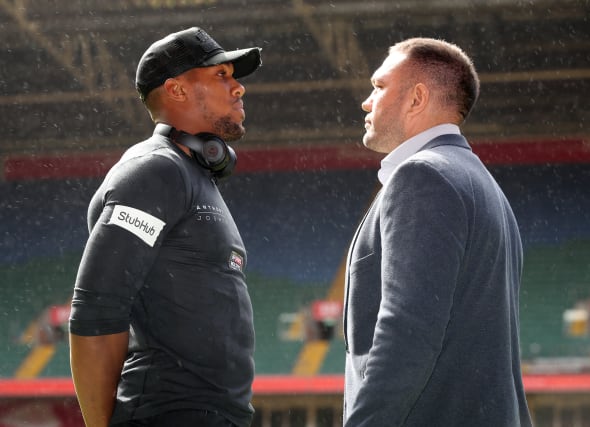 Anthony Joshua is back on home soil and preparing for his first fight in the UK for over two years when he takes on Kubrat Pulev at Wembley’s SSE Arena on Saturday.

The Bulgarian is the IBF mandatory challenger to the heavyweight champion and will finally get the chance to face the Londoner after two previous attempts failed.

Here, the PA news agency takes a look at the key issues ahead of Joshua’s return to the ring.

What is on the line?

A dominant display from the 31-year-old against Andy Ruiz Jr in Saudi Arabia last year saw him win back his WBA, WBO, IBF and IBO belts. Victory on points ensured Joshua was again at the top and in line for a showdown with long-term rival Tyson Fury, who holds the WBC heavyweight title. The 2012 Olympic gold medallist will take nothing for granted at the SSE Arena after Ruiz Jr stunned him 18 months ago to win in the seventh round at Madison Square Garden. And with success over Pulev, as is predicted, Joshua will ensure he stays on track for a huge fight next year.

How sharp will the heavyweights be?

While both boxers have had plenty of time to prepare, ring rustiness could be a problem, especially for Pulev. Now aged 39, the Sofia-born fighter has only lost once in his professional career to Wladimir Klitschko but has been through plenty of scraps and yet the last time he fought was November 9, 2019 against Rydell Booker. Both the Cobra and Joshua had been set to clash in June at Tottenham Hotspur Stadium but saw those plans scrapped due to the coronavirus pandemic. The last time heavyweight champion Joshua went this long between fights, he lost to Ruiz Jr in New York. He will be determined to show no signs of the sluggishness he displayed on that shock night last year.

Who will be there?

A crowd of 1,000 will be able to attend the Matchroom show after the government relaxed lockdown restrictions last week and placed London in tier two. After being granted approval for fans by local authorities, the seats were snapped up in rapid time on Friday morning with VIP tickets priced at £1,000. In addition to a crowd being let into a boxing bout in the UK live for the first time in nine months, there could be some key figures in stands. All eyes will be on whether Fury attends. Eddie Hearn insisted last week that the ‘Gypsy King’ would be “doing his research and building the fight” if he attended. With Fury’s cousin Hughie on the undercard, it would surprise no one to see Britain’s other great heavyweight champion watching on.

Could a shock be produced?

Joshua has been here before. Ahead of facing Ruiz Jr in New York, a lot of the talk was on a future clash with Deontay Wilder, who was holder of the WBC title at the time. All that was required was a routine victory at Madison Square Garden but the result was a surprise loss after being knocked down four times. This time a big chunk of the focus is on a Battle of the Brits in 2021 but Joshua will be well aware of Pulev’s threat after being set to face him three years ago. With an age, reach and height advantage, there should only be one winner and with this Joshua’s first and only fight of a challenging year, the heavyweight champion will be out to put on a show and wear down his rival before an explosive finish in the latter half of the bout is produced.