QandA: Where did it all go wrong for Manchester United in Champions League? 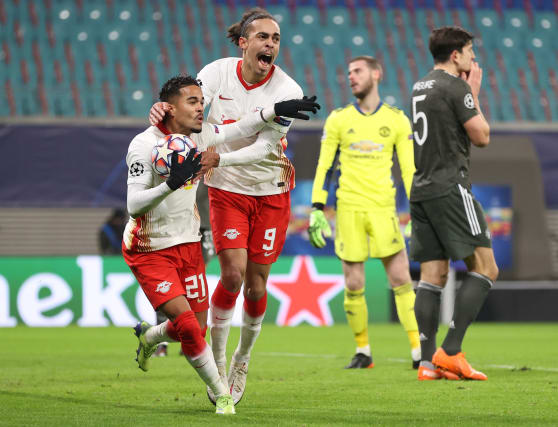 Manchester United’s Champions League hopes went up in smoke at RB Leipzig after a damaging defeat for Ole Gunnar Solskjaer’s side and the club.

Late Bruno Fernandes and Paul Pogba goals set up a grandstand finish in the Group H finale in Germany, but ultimately the Red Devils left themselves with too much to as they fell to a costly 3-2 loss.

Here, the PA news agency has a look at where it went wrong for Solskjaer’s side and the repercussions of this Champions League exit.

What happened on Tuesday?

United knew they would progress to the Champions League round of 16 if they avoided defeat in Leipzig, so they could scarcely have wished for a worse start.

Angelino, on loan from rivals Manchester City, and Amadou Haidara capitalised on shoddy United defending to put the hosts in the driving seat inside 13 minutes. In truth, the visitors were lucky to avoid going further behind in a first half that skipper Harry Maguire labelled “unacceptable”.

Solskjaer’s men improved after the break but their soft underbelly was exposed by substitute Justin Kluivert, who gave Leipzig a three-goal lead that United were unable to cancel out despite an impressive late push.

How did they manage to blow qualification?

United made a dream start to Group H, kicking off their return to European football’s top table with an impressive 2-1 win at last season’s Champions League runners-up Paris St Germain. Marcus Rashford scored the winner that night and grabbed a hat-trick the following week in an incredible 5-0 Old Trafford win against 2020 semi-finalists Leipzig.

But things would unravel spectacularly, starting at Istanbul Basaksehir as all-too-familiar poor defending cost them. The Turkish champions had never scored in the group stage before, never mind got a point, but shambolic organisation allowed Demba Ba an opener that set the tone for a chastening 2-1 defeat.

United responded by beating them 4-1 at home, meaning they only needed a point from either of their remaining two Group H fixtures to progress. But they slumped 3-1 against PSG last Wednesday, on a night when Solskjaer inexplicably failed to take off Fred before his inevitable red card, then fell short in Germany.

What does the Champions League exit mean for United?

A return to Thursday night football and Europa League action, joining the likes of Antwerp, Braga and Granada in Monday’s last-32 draw.

United bowed out in the semi-finals of last term’s competition to eventual winners Sevilla in August and will now have to rouse themselves for the churn of matches that come in European football’s second-tier competition.

Along with the drop in profile comes a fall in revenue. While UEFA has yet to publish its 2020/21 prize money, last season’s revenue distribution system saw £8.4million go to sides that reached the Champions League knockout phase. By contrast, going through the remaining Europa League rounds and lifting the trophy would only bring in £12.4m in prize money.

United’s kit deal with Adidas will not be affected as that is only affected by failure to qualify for the Champions League, but it is a further financial gut-punch as the club deal with the impact of Covid-19.

What does it mean for Solskjaer?

There is no disguising that United’s Champions League elimination is a big setback – one that will increase the scrutiny on their manager heading into a hectic few weeks.

It is not the first period of pressure that the 1999 treble hero has faced during his time in the hot seat, but he has so far found a way to rally the troops when a response was required.

The Old Trafford hierarchy have stuck by Solskjaer throughout those rough patches and, despite bookmakers making him favourite to be the next Premier League boss to leave, the noises out of the club remain supportive.

There is a feeling behind the scenes that progress is being made, with United five points off the Premier League summit with a game in hand and a Carabao Cup quarter-final at Everton coming up.