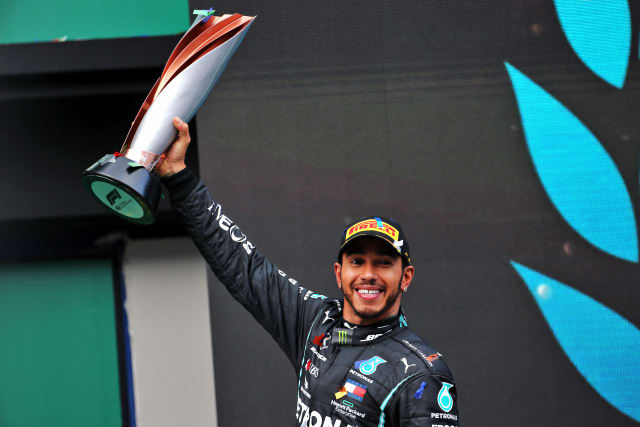 Lewis Hamilton’s Mercedes team are prepared to wait until Saturday to determine if their star driver is fit to take part in the Abu Dhabi Grand Prix.

Hamilton remains hopeful he will be able to complete his world championship-winning season at the concluding round this weekend.

The 35-year-old, who missed last Sunday’s Sakhir Grand Prix after contracting coronavirus while on holiday in Dubai, revealed on Tuesday that he is back in training.

Hamilton must return a negative Covid-19 swab before he is allowed to travel to Abu Dhabi.

He is serving 10 days of quarantine in Bahrain, meaning the earliest he could possibly fly is Thursday. Practice for the concluding round starts on Friday.

But the PA news agency understands the world champions will afford Hamilton as much time as possible so he can race.

Under FIA rules, Hamilton can be absent from Friday’s two practice sessions, but must take part in either practice or qualifying on Saturday to be allowed to participate in the grand prix.

On Tuesday, the seven-time world champion posted a video, saying: “I know I’ve not been in touch this past week but it’s definitely been one of the hardest weeks that I’ve had for some time.

“I’ve just been focusing on recovering and trying to get back in shape so I can get back in the car and race in Abu Dhabi.

“I woke up today feeling great and got my first workout in so I just wanted to send you guys a message of positivity, let you know I’m OK and thank every single one of you for sending me the amazing messages and videos. I really, really appreciate it. I hope that I can get back in the car soon.”

Williams’ George Russell stood in for Hamilton last Sunday and was on course for victory before a Mercedes pit-stop howler, and late puncture, derailed his chances of becoming only the fourth British driver to win a Formula One race this century.

Hamilton has won 11 of the 16 rounds staged this season and wrapped up his seventh title in Turkey last month.