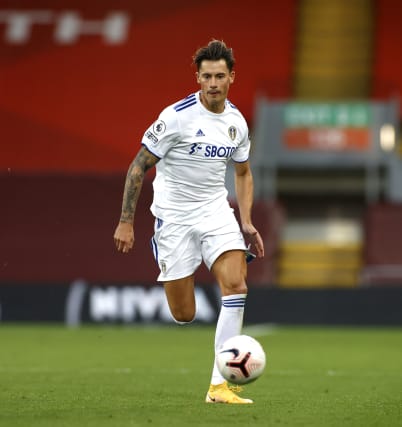 Leeds have been dealt a double defensive injury blow with the news Robin Koch has been ruled out for around three months after knee surgery and fellow centre-back Diego Llorente has a muscle problem.

Germany international Koch had a successful knee operation on Tuesday, while boss Marcelo Bielsa, whose side are at home to West Ham on Friday, said Spain international Llorente could be out for up to three weeks.

Koch had been playing with a knee injury since arriving from Freiburg in the summer and damaged it further in last week’s defeat at Chelsea.

Bielsa said: “The surgery went well and the length of Koch’s absence depends on the evolution, but he’s likely to be out for around three months.

“It’s a shame to miss him for such a period of time but during a season this is normal for injuries like this to happen to a team.”

Bielsa said Leeds would not be looking to sign a centre-back during the January transfer window as Luke Ayling, Pascal Struijk, Kalvin Phillips and Gaetano Berardi, who is working his way back from a long-term knee injury, would provide sufficient cover.

“We’re not thinking of the possibility of bringing another centre-back into the team,” Bielsa added. “And apart that we also expect to count on Berardi from February.”

Koch has started in all 11 of Leeds’ Premier League games this season since joining in a reported £11.7million deal in August.

Llorente, signed from Real Sociedad for a reported £18m in September, made his debut for the club at Chelsea as Koch’s replacement.

“They’re both good in the aerial game and they’re both of a similar physical stature and, despite how tall they are, they have good agility and both have the capacity to distribute the ball well,” Bielsa said.

Spain international Llorente’s first appearance had been delayed due to a previous muscle injury but Bielsa said he had not been rushed back into action.

“The risk that I talked about was about his football fitness, not with regards to how healthy he was because he was recovered and was not at risk,” Bielsa said.

“If there’s any risk over the health of a player, then I won’t play him.”

Bielsa, who took the unusual step of naming his entire starting line-up to face West Ham, confirmed either Ayling or Phillips would slot in alongside Liam Cooper at the heart of defence.

Rodrigo will return to the starting line-up, while Pablo Hernandez (muscle strain) and Jamie Shackleton (thigh) were both available after recovering from their respective injuries.