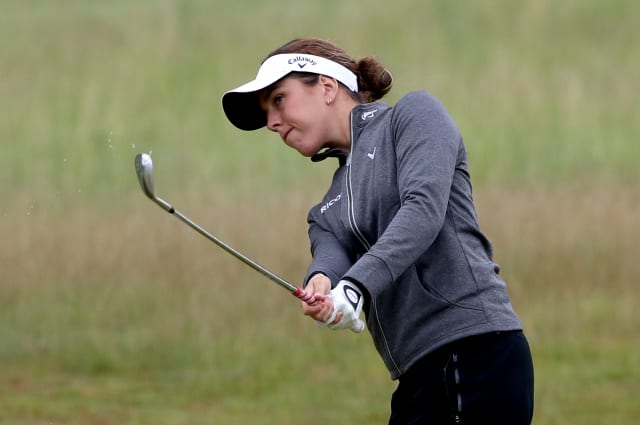 The 75th US Women’s Open will make history on two fronts as golf’s strangest season comes to an end in Texas.

Originally scheduled for June, the tournament is being played in December for the first time due to the coronavirus pandemic, with another first seeing two courses being used to combat a lack of daylight for the 156-strong field.

Players will complete 18 holes on the Jackrabbit and Cypress Creek courses at the Champions Club in Houston over the first two days, with the remaining 36 holes taking place at Cypress Creek following the halfway cut.

“My season normally finishes by now, so it was strange going to the airport with the (Christmas) decorations everywhere,” admitted former Women’s British Open champion Georgia Hall.

“But it’s perfect weather, much better than England, so I’m very happy to be here.”

Hall’s best finish of tied 34th in four starts in the event came in 2018, the same year she won her maiden major title at Royal Lytham, but hopes are high for English success after the 24-year-old and compatriot Mel Reid both claimed victories on the LPGA since lockdown ended.

“Tee to green I think the course suits me,” Hall said. “It’s pretty long, which I like. I just need to make sure to get the pace right around the greens. I think the greens will be tricky for everyone.

“I think the main course is quite a bit longer and tougher. All in all, the greens are very, very quick and slopey, so I think it will be pretty tough out there.”

Reid has made the cut just once in four starts in the US Women’s Open, but was third in the Women’s PGA Championship last year and enjoyed a breakthrough win on the LPGA in October.

“I didn’t play great last week. Didn’t like that golf course and that golf course didn’t like me,” the 33-year-old from Derby said of her tie for 65th in the Volunteers of America Classic. “But I didn’t feel like I hit it bad at all.

“I’ve played tournaments where there’s been two courses, but definitely not in a major. That’s why I just think it’s going to be a new test for the girls. I think to prepare for it is going to be a lot harder.

“Major championship, it’s just a tough week. You’ve just got to be smart, try and take doubles out of play, and especially around here with the big greens. There’s going to be three-putts left, right and centre.

“Honestly, I think the girl that three-putts least is probably going to win.”