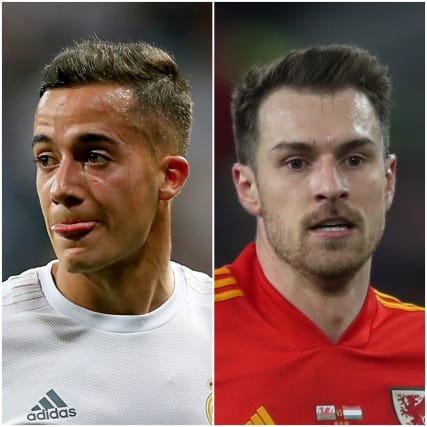 Manchester United are reportedly preparing an offer of about £14million for Real Madrid’s Lucas Vazquez. The Spain international’s contract with Los Blancos will expire next summer and the club do not want to lose the 29-year-old on a free transfer. The Sun, citing Spanish outlet Fichajes, says United will make the offer to the winger in January.

Aaron Ramsey has not made a good impression in Turin and may soon return to the Premier League. The Wales midfielder joined Juventus in July 2019 and is being paid £400,000 per week despite having made just 11 appearances across Serie A and the Champions League this season. The Mail reports that following the 29-year-old’s most recent injury, a thigh problem against Ferencvaros, talk is beginning to grow louder that England is calling to the former Arsenal player.

United’s exit from the Champion League after their loss to RB Leipzig has led to calls for manager Ole Gunnar Solskjaer’s head. His replacement could be former Tottenham boss Mauricio Pochettino, according to the Daily Star. Echoing former England goalkeeper Paul Robinson’s call last month, fans have expressed hope the Argentine could be a fitting replacement for the Norwegian.

Rennes have been told Eduardo Camavinga wishes to leave the Ligue 1 side which has sent pulses racing at Old Trafford. Italian outlet Mundo Deportivo is quoted in the Sun as saying the 18-year-old is keen to move on next summer. United are interested in signing him but will have to compete with Los Blancos, whose manager Zinedine Zidane is a big fan of his fellow Frenchman.

Antonio Rudiger: Juventus and AC Milan want to sign the Germany centre-back, 27, from Chelsea, according to Italy’s Calciomercato.