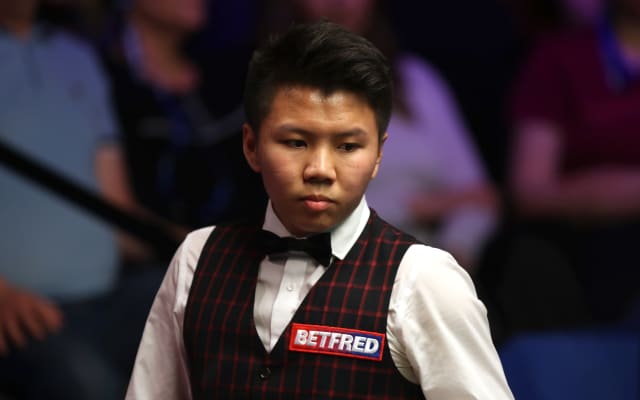 China’s Zhou Yuelong made a maximum 147 break on the opening day of the Scottish Open in Milton Keynes.

There were also wins for Ben Woolaston, Mark Joyce and Nigel Bond, with the latter overcoming Gary Thomson 4-2.

But Scotland’s Stephen Maguire made an early exit with a 4-1 defeat to Zak Surety.