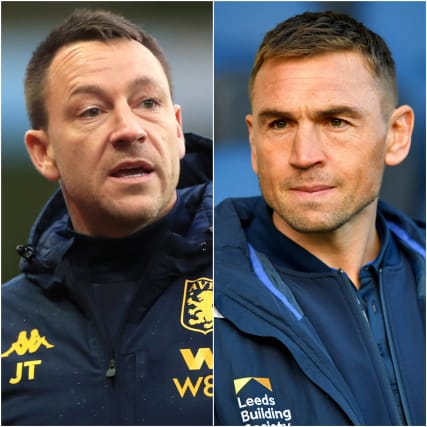 Here, the PA news agency looks at some of the best examples from December 7.

Christian Benteke was in buoyant mood after his weekend brace

…and surpassed £1million raised for the Motor Neurone Disease Association.

Sinfield earned the praise of Rob Burrow, his friend and former team-mate who was diagnosed with the disease last December and whose family will benefit from some of the money raised…

…as well as a host of famous faces from across the sporting spectrum.

Romain Grosjean said thank you and goodbye to the Haas team.

Before the Frenchman swapped helmets with team-mate Kevin Magnussen, who also leaves Haas at the end of the season.

Kevin Pietersen was relaxing in the South African sunset.