5 things we learned about the Autumn Nations Cup 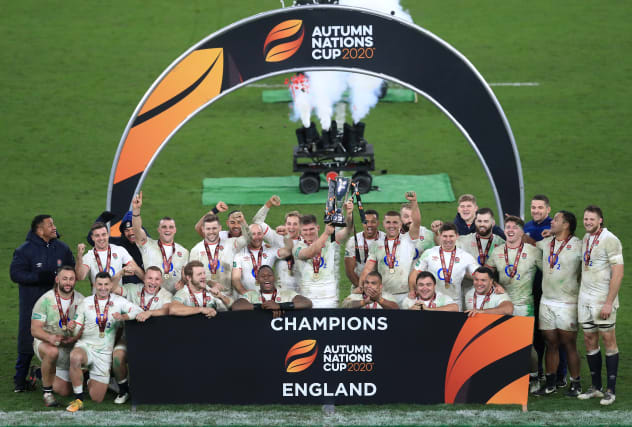 England won the inaugural Autumn Nations Cup by beating France 22-19 in an extra-time nail-biter at Twickenham.

The competition replaced the traditional autumn visits to the northern hemisphere by the likes of Australia, South Africa and New Zealand because of travel restrictions imposed by the Covid-19 pandemic.

Here, the PA news agency looks at five things we learned from the eight-team tournament.

Rugby Union’s entertainment value was a running theme with defence and kicking often proving the winner. The importance of the set-piece was also rammed home when England’s driving maul extended the final into extra time. Fans were mostly absent from the tournament, but some of the 2,000 allowed in for the final responded to a prolonged bout of kicking by booing. Eddie Jones described criticism of England’s style as “totally disrespectful” and added “if we don’t win, we don’t coach”. Winning ugly is clearly a beautiful thing to those involved.

May the force be with England

If excitement levels were regularly akin to a dark winter’s night, then England wing Jonny May provided the blazing summer sunshine. The Gloucester flier scored two tries in the 18-7 victory over Ireland and the second of those touchdowns – a spectacular solo effort – was among the finest scored at Twickenham. May, now joint second on England’s try list with 31, provides the rapier to formidable forward bludgeon. It is another reason why holders England are firm favourites to lift the Six Nations trophy again in 2021.

Wales head coach Wayne Pivac must have felt like King Canute as he attempted to stop a tide of criticism heading his way. Wales had lost six successive games before Georgia were overcome in Llanelli. Another defeat followed against England before the year closed with victory over Italy. Succeeding Warren Gatland was always going to be a tough ask for Pivac. But serious questions remain about the attack while the departure of defensive guru Shaun Edwards to France, and Les Bleus’ subsequent improvement in that department, rose the gnashing of teeth in Wales.

There were highs for Ireland and Scotland during the autumn, but maybe not enough in the final reckoning. Ireland swept aside Wales in Dublin but were overpowered by England and floundered in victory against Georgia. Andy Farrell’s side finished on a high against Scotland by maintaining their recent dominance in the fixture. Scotland’s autumn started with three wins – including a first Six Nations win in Wales since 2002 – but ended with a Covid cancellation against Fiji and defeats to France and Ireland. Both sides will be hoping to build in 2021.

The Autumn Nations Cup served its purpose by producing competitive rugby for a television audience, even if it most of it was tucked away on Amazon Prime Video. Fiji’s Covid-19 outbreak saw them play only once – a 38-24 victory over Georgia in the battle for seventh – and the tournament lost colour and verve as a result. Argentina, Australia and New Zealand, meanwhile, were engaged in an eventful Tri Nations Series which produced plenty of tries and shocks. The All Blacks came out on top, but suffered defeats to Australia and Argentina (their first to the Pumas in 30 games) and the return of the southern-hemisphere super-powers to these shores will be eagerly anticipated in 2021.