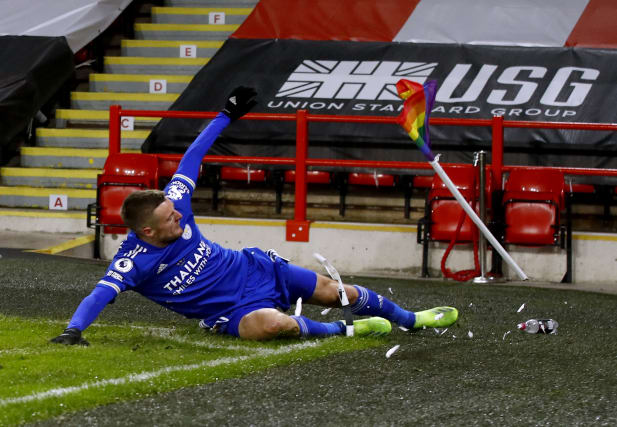 Vardy, who took great delight in scoring in this fixture last season when the Foxes also won 2-1, kept his cool when through one-on-one and beat goalkeeper Aaron Ramsdale with a confident right-foot finish.

It gave Brendan Rodgers’ side a first victory in five games in all competitions and a first in three Premier League matches, moving them to within a point of leaders Chelsea.

For the Blades, it was more misery. Chris Wilder’s side have made the worst ever start to a Premier League season and remain rooted to the bottom of the table with only one point from 11 matches.

You could argue it was what Leicester deserved, having dominated possession at Bramall Lane, particularly in the first half when both Vardy and James Maddison struck the same post.

In between those efforts, Ayoze Perez marked his first Premier League start since October 18 with the opening goal, before Oli McBurnie immediately equalised with what was his first goal of the season.