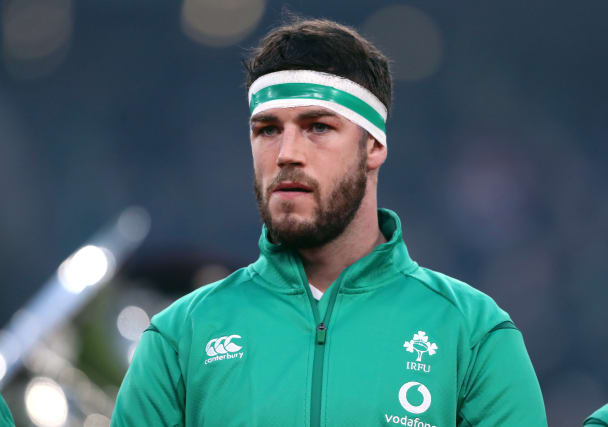 Caelan Doris believes Ireland saved their best until last after he capped an eventful first year in international rugby with a standout display in the success over Scotland.

Number eight Doris was named man of the match as the Irish ended an inconsistent 2020 by securing third spot in the Autumn Nations Cup with Saturday’s convincing 31-16 victory.

The 22-year-old has won seven caps under Andy Farrell during his breakthrough year and felt beating the Scots was a fitting finale.

“It’s satisfying to finish the campaign with probably our best performance of the year,” said Doris.

“There’s still plenty to work on, plenty of room for improvement, but it’s probably a good place to finish this year off and a nice place to build on going into the Six Nations next year.”

Doris’ latest outing against Scotland was a far cry from his first.

The Leinster man was handed his Ireland debut against Gregor Townsend’s men in the opening match of the Six Nations in February but that occasion was ruined by a concussion suffered immediately after kick-off.

Despite being ruled out of the following win over Wales, Doris has established himself as regular choice for head coach Farrell.

He is relatively pleased with his development and feels he has been taught valuable lessons by the three defeats suffered this year, particularly the 35-27 defeat to France which cost Ireland the Six Nations title.

“I have been pretty happy. This campaign in particular (after lockdown) has been a great learning experience for me,” he said.

“Since then I have applied some of those learnings and been pretty happy with how I’ve gone.”

A pair of tries from Keith Earls, plus one from Cian Healy, helped Ireland overcome a slow start to defeat the Scots.

“I was as impressed as you guys (the media) would have been,” Farrell said of Doris’ display.

“He’s some man for taking on one on one and carrying people five metres over the gain line. His leg drive and his ability not to accept a close contact and just go down is pretty special.

“He’s learnt a lot through this period. It’s a priceless amount of time for Caelan to be in camp in an international setup, as it is for many others in our group.

“The learnings that those lads will take from this period is fantastic for us going forward.”