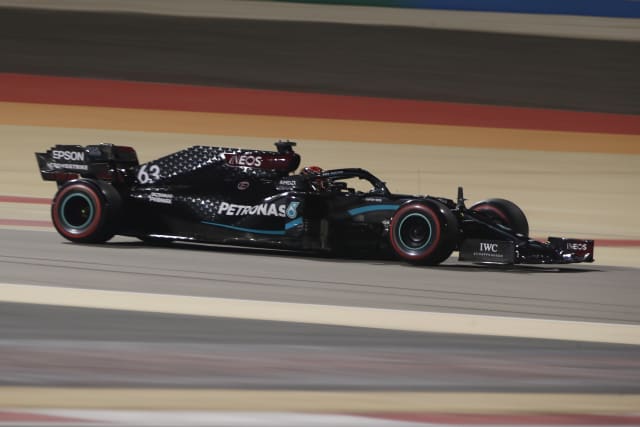 Russell, 22, deputising for Hamilton following the seven-time world champion’s positive Covid-19 test, was quickest in both sessions in Bahrain on Friday.

But the British driver finished six tenths slower than Verstappen in the concluding running before qualifying with Valtteri Bottas second in the other Mercedes.

Hamilton has dominated this season, winning 11 of the 15 rounds, but his enforced absence here has made for an unpredictable weekend.

Russell expressed caution after topping the time charts on a dream debut on Friday, and the Englishman was four tenths slower than Bottas on this 2.17-mile track configuration which is effectively made up of just six corners.

Indeed, it was Verstappen who finished 0.206 sec faster than any other driver as he bids for his first pole of the year.

Pierre Gasly was third for AlphaTauri, one spot ahead of Renault’s Esteban Ocon, while British driver Lando Norris finished fifth in his McLaren.

Both Ferrari cars were outside of the top 10, with Charles Leclerc 13th and four-time world champion Sebastian Vettel 15th. The Italian team are a lowly sixth in the constructors’ standings ahead of the final two rounds.