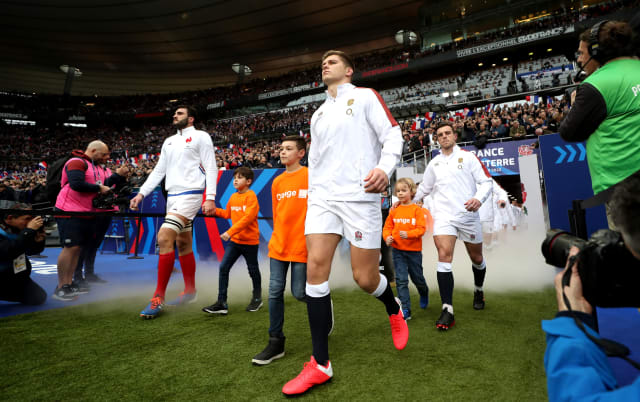 England and France clash in the inaugural Autumn Nations Cup final at Twickenham on Sunday in a renewal of one of rugby’s fiercest rivalries.

Objecting to an extended autumn window, France’s Top 14 clubs threatened legal action over player access until an agreement was struck that means head coach Fabien Galthie could only pick each player a maximum of three times across the six Tests. Frontloading his stars earlier in the campaign has left Galthie to pick his third and even fourth choice in some positions. Even France manager Raphael Ibanez understands the perception of the final as a “farce”.

England’s 813 caps compared to France’s 68 is the biggest disparity in experience in Test history and bookmakers have reacted by installing Galthie’s visitors as 7-1 underdogs. It has robbed the autumn of a thunderous climax between the World Cup runners-up and a resurgent Les Bleus, who have demonstrated throughout 2020 that they are a force once more. Ibanez has talked of a will to “overthrow a mountain”, but a second victory over England inside a year is unthinkable given the gulf in international exposure.

Since losing 24-17 at the Stade de France in February, Jones has presided over a winning run of seven Test victories, polishing off Wales and Ireland twice each. A third Six Nations title of the Jones era was secured at the Stadio Olimpico in October, providing evidence of a full recovery from a harrowing defeat by South Africa in the 2019 World Cup final. Two trophies in five weeks would be an emphatic response to the events of Yokohama Stadium.

Finish with a bang

The current emphasis on defence, kicking and set-piece is scarring the game and the frustration is palpable among players from all nations. George Ford, England’s playmaker-in-chief, admitted that possessing the ball in certain parts of the pitch is like holding a “ticking timebomb”. Rugby is stuck in a rut of joyless attrition and urgently needs to begin its swing from a defensive to attack cycle. Twickenham would be the perfect stage for England to finally ignite.

It may only be a crowd of 2,000 – 400 of them NHS workers, some of whom will be sat in the Royal Box – but their presence is a symbolic moment that points to a phased return of spectators. And the green light for greater numbers to attend can not come soon enough as the absence of supporters has emphasised the vital contribution they make, adding colour, passion and tension to elevate what can often be a drab spectacle on the pitch into an engrossing collision of nationhood.