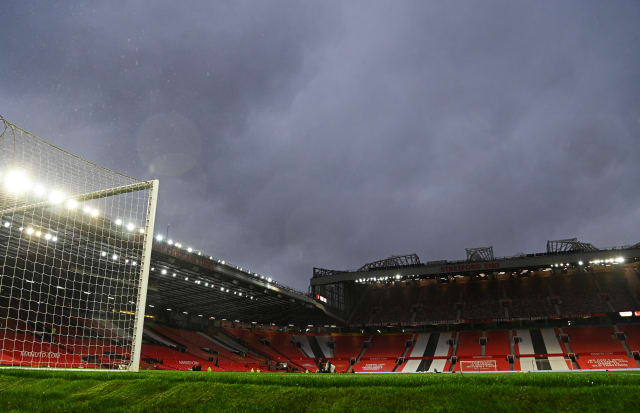 Manchester United are to install 1,500 barrier seats early next year as they prepare to trial safe standing at Old Trafford.

Following recommendations on stadium safety made in the Taylor Report after the 1989 Hillsborough disaster, all-seater venues have been mandatory in the top tiers of English football since 1994-95.

But there has been a renewed push in recent years for safe standing to be brought in, with United following fellow Premier League clubs Tottenham and Wolves by installing barrier seating at their ground.

Managing director Richard Arnold said in April that United’s “belief is that the introduction of barrier seats will enhance spectator safety in areas of the stadium where – as with other clubs – we have seen examples of persistent standing”.

Trafford Council approved the plans to trial 1,500 barrier seats in the J Stand earlier in the year and installation is now due to start in early 2021.

Jim Liggett, venue operations director at United, told a fans’ forum last month: “Following the hard work and campaigning on the part of MUST (Manchester United Supporters’ Trust), we are delighted to provide a positive update on our barrier seating trial.

“We now have confirmation from the SGSA (Sports Grounds Safety Authority) that we can make arrangements to install circa 1,500 seats with barriers in the J Stand area, as part of the proposed trial.

“Due to the ongoing impact of Covid and the fact that we are playing matches behind closed doors, the work to install the seats with barriers will commence early in the New Year.

“At this time, we are not aware of any further updates as to when the Government may take forward its manifesto commitment to introduce safe standing.

“On this note, we would like to put on record the positive and constructive work MUST have done behind the scenes to assist us with a safe and successful submission to the SGSA and look forward to continuing to work with them to ensure an equally as successful trial as and when we have all our fans back at Old Trafford.”

United are not currently allowed fans in the stadium as the region has been put in the tier 3 category. Old Trafford last hosted supporters in the 2-0 Premier League derby win against Manchester City on March 8.