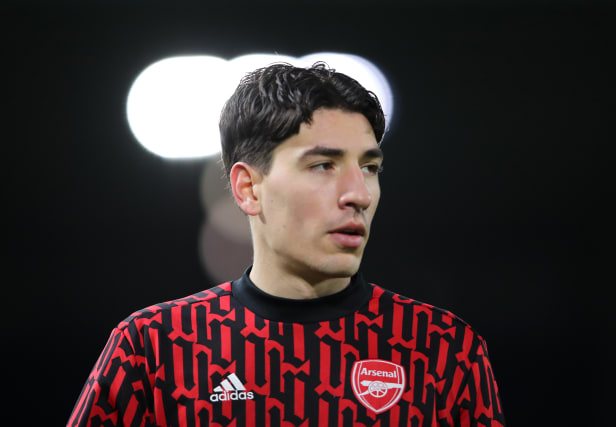 Hector Bellerin believes speculation over the future of Mikel Arteta is "unjust" as he insists the Arsenal boss cannot change the fortunes of the team overnight.

Arteta is approaching a year in charge of the Gunners and has already guided them to FA Cup and Community Shield success.

But he has now overseen their worst start to a league campaign since the 1981-82 season, with Arsenal losing half of their first 10 Premier League games – including three in a row at the Emirates Stadium.

Sunday's loss to Wolves came a year to the day since his predecessor Unai Emery had been sacked and the result saw Arteta questioned on whether he had any concerns about his position.

The Spaniard insisted he was not worried and compatriot Bellerin has backed the former Arsenal captain and said he needs more time to turn the club back into the force it once was.

"So unjust. So unjust," the full-back replied when asked by beIN Sports about speculation of Arteta being sacked.

"We have to, as players, take responsibility for this because I think we all know that Mikel and his coaching team give us all the tools that we need to win all the games.

"When you lose a game it's always very easy to blame the coach. But also when the coach gives us the tools we have to be the ones to step up.

"The way that Mikel plans these games, all the knowledge that they give us before we step on to the pitch is second to none.

"Sometimes it's not that easy, depending on the opponent, but that's why football is beautiful. If you play the games on the tactics board, then it will be a completely different game."

Next up for Arsenal is a tricky trip to north London rivals Tottenham, who sit top of the table heading into the weekend's fixtures.

Arteta's side could fall 11 points behind their neighbours if they lose on Sunday, but Bellerin is urging patience as the manager implements his far-reaching plans.

"I have to say that when you are planning on doing something big – and that's what he's doing, changing the identity of the team, of the club, change the behaviours – he's not trying to make changes just on the pitch but outside of it, this isn't something you can do overnight," he added.

"I feel the team has improved massively in so many areas of the game that needed improvement. Even though we're not doing so great in others, it's all part of the process."