Gianni Infantino defends VAR and says it is ‘not damaging football’ 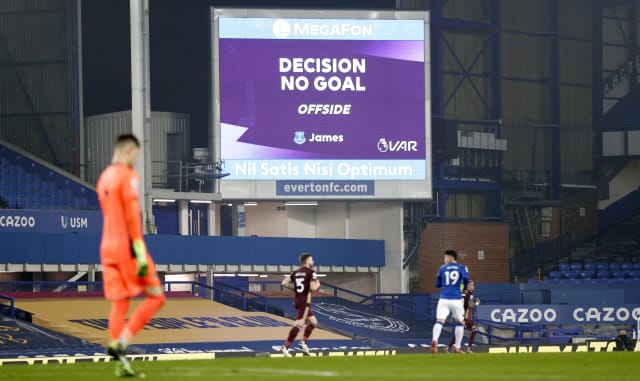 FIFA president Gianni Infantino has leapt to the defence of VAR amid claims the technology is damaging the game.

Players, coaches and pundits have criticised VAR, with many feeling it has gone far beyond its original stated purpose of correcting ‘clear and obvious’ errors.

Match of the Day presenter and former England striker Gary Lineker tweeted in October that it was “a mind-numbingly life-sapping experience” waiting for VAR “to quash our enjoyment” when ruling out goals for the most marginal of  offsides and debatable handballs.

“We have to remember VAR was introduced for the first time two years ago, not 20 years ago.

“We must not make a confusion between VAR and maybe sometimes wrong decisions which are taken because of the wrong way in which VAR is used maybe in some places because of the lack of experience of those who are using VAR.

“Let’s not forget this really is a landmark change for a referee who didn’t grow up with VAR.”

He also said there was “no obligation” on competitions to use the technology if they did not want to.

Infantino said he was “sad” on a personal level at the resignation of Greg Clarke from his position as a FIFA vice-president, but said the former Football Association chairman had done the right thing in quitting after making a series of offensive remarks in an appearance before MPs last month.

Infantino said FIFA had a zero-tolerance policy to discrimination of all forms.

The Swiss was speaking following the final FIFA Council meeting of 2020, where it was agreed that the 2021 Club World Cup will be a seven-team tournament to be played in Japan.

FIFA had hoped it would be able to stage the first of its expanded, 24-team Club World Cup competitions in China next summer, but it agreed to postpone the event indefinitely in order to reschedule Euro 2020 and the 2020 Copa America.

Instead, the tournament will continue in its existing format and be played late in 2021.

The 2020 Club World Cup tournament in Qatar has been postponed until February next year in order for continental club competitions to be completed.

Infantino said no new date had yet been fixed for the first Club World Cup in the new format, but boasted it would be “the best club competition in the world”.

He said discussions over commercial aspects of the competition had gone on hold due to the pandemic, but would resume once a new date had been set.

The FIFA Council ratified triple-header international breaks in Europe in March and September next year, when World Cup qualifiers are due to be played.

It also passed an amendment to its regulations enabling the movement of minors – aged 16 to 18 between member associations within the territory of one country.

This was taken to acknowledge Britain’s exit from the European Union at the end of the year.

FIFA also announced its next Congress would be held as a virtual event on May 21, 2021.