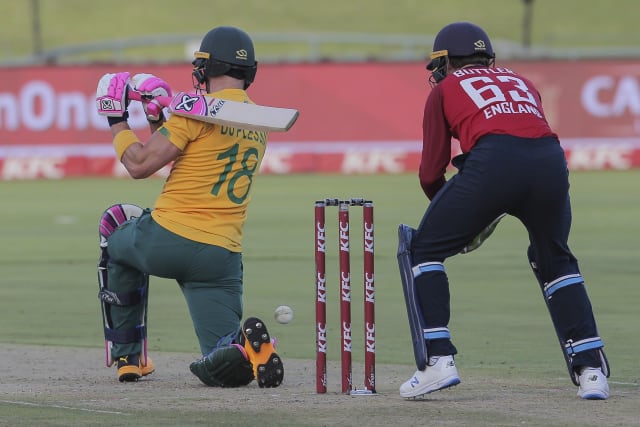 England’s first one-day international in South Africa was dramatically postponed just an hour before the scheduled start of play after a member of the home side tested positive for Covid-19.

A round of testing was done to screen both squads ahead of the series and one Proteas player was found to have the virus.

The decision was then made not to host the match as planned at Newlands on Friday. The sides still hope to play the three-match series in full, with games to take place on Sunday, Monday and Wednesday.

A joint statement read: “Cricket South Africa and the England and Wales Cricket Board would like to announce the postponement of the first Betway One-Day International (ODI) of the three-match series to Sunday, 06 December 2020.

“This decision results from a player from the Proteas team testing positive for COVID-19 after the teams’ last round of scheduled testing performed on Thursday ahead of the ODIs.

“In the interests of the safety and well-being of both teams, match officials and all involved in the match, the Acting CEO of CSA, Kugandrie Govender as well as the CEO of the ECB, Tom Harrison, have agreed to postpone the first fixture to Sunday.”

South Africa had two players, understood to be Andile Phehlukwayo and David Miller, test positive ahead of the Twenty20 series between the sides and a further two players were asked to quarantine having been classed as ‘close contacts’.

The remainder of the squad returned a full bill of health ahead of the T20s, allowing those three matches to go ahead as planned.