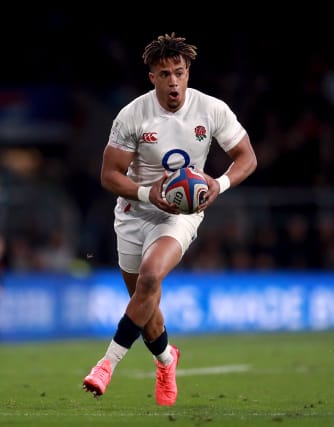 Anthony Watson returns to the wing in the only change made by England for Sunday’s Autumn Nations Cup final against France at Twickenham.

Watson replaces Jonathan Joseph in the number 14 jersey after his Bath colleague was ruled out by a calf injury sustained in last weekend’s victory over Wales in Llanelli.

Eddie Jones has otherwise opted to use the same starting XV that set up a tournament decider against France, who will be fielding a shadow team due to an agreement struck with Top 14 clubs.

“We’re really looking forward to this final, playing France and having another chance to win a trophy this autumn,” Jones said.

“We’d like to congratulate the tournament organisers on putting this on in difficult circumstances.

“Over the past two months the players have put in real effort, worked very hard on and off the pitch and have met the protocols and new ways of working.

“This has been another positive learning week with tough, hard training and we’re looking forward to getting on the pitch in front of our fans and playing a good game of rugby.”