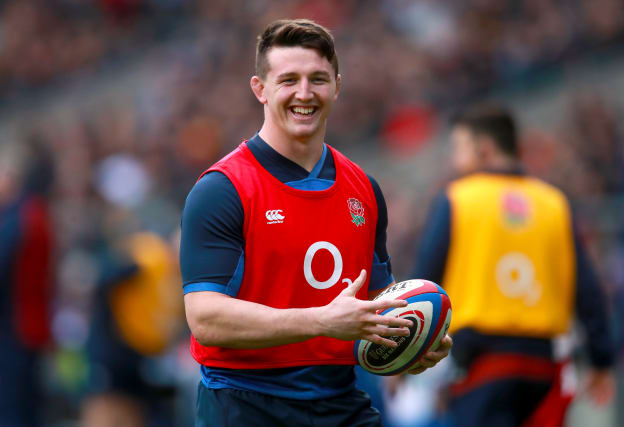 Tom Curry has urged England to capitalise on a rare opportunity to test themselves in a final as they go in hunt of the inaugural Autumn Nations Cup.

Eddie Jones’ team host France at Twickenham on Sunday when they will seek to avenge the loss in Paris that started an otherwise triumphant year headlined by winning the 2020 Six Nations title.

The unavailability of 25 front line Les Bleus stars has devalued the occasion, but Curry insists that because the World Cup is the only other stage that offers the chance to take part in a final, there is still meaning to the event.

Twelve months ago England were over-run by South Africa in the climax to Japan 2019 but Curry sees Sunday as a first significant staging post since then.

“International rugby isn’t set-up to win loads of finals or trophies, Six Nations and different cups, so it is a case of showing how far we have come as a team,” Curry said.

“Finals have this big build up, so we won’t treat this as a normal week. We will make sure we are making improvements every day to give that final performance.

“That unknown, I think that comes with all the French teams. How we control that is by focusing on ourselves.

“The game in Paris feels like a lifetime ago. Since then a lot has been learnt by myself personally, mainly the ability to adapt and learn on the move.”

World player of the year nominee Curry is among the first names on the team-sheet on the basis of his work rate, power and breakdown expertise.

It is the last of these skills that has received its most forensic examination during the autumn and while the contest on the floor has become an even more brutal battleground, the Sale flanker believes it is also safer now.

“The breakdown has certainly been fiercer than ever. Especially after the season restarted and the first few games when it was literally hands on the ball, turnover,” he said.

“Teams are starting to see where the momentum is around the breakdown and staying engaged.

“There are probably less big clear outs now, which I think is a good thing. When someone is over the ball, hands pulling, refs are looking for that or the ball lift.

“You used to have to lift and then almost survive the clean out and that was a dangerous way to look at it because lads would fly in looking to clean out.”

England’s coaching team has been strengthened by the appointment of Jason Ryles as skills coach from Australian rugby league, where he recently helped Melbourne Storm win their fourth grand final.

Ryles had previously worked with Jones on an occasional basis starting in 2016 and his remit covers attack and defence, giving him a balanced perspective on the current trend of teams finding it more advantageous to play without the ball.

“All the talk is that it’s very contested at the moment and more defensive focused,” Ryles said.

“That’s a challenge for us as coaches and players to maximise our attack and get as much as we can out of it. Speed of ball is key, you want as quick a ball as possible.

“If you can’t get that, then you’re basically looking to give it back to them and get your field position that way.”