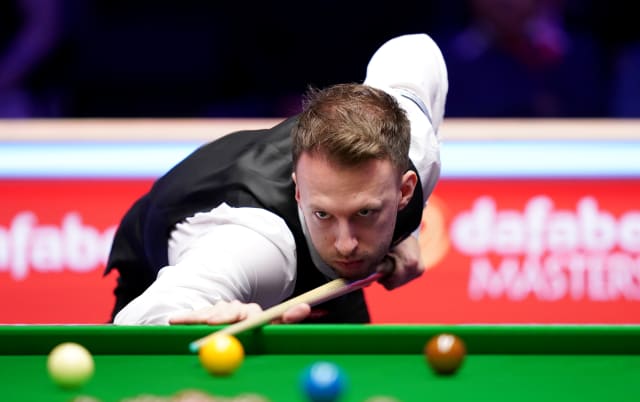 Judd Trump withstood a strong comeback from Ricky Walden to book his place in his first UK Championship quarter-final since 2014.

The 2011 winner looked set to breeze into the last eight as he reeled off the first four frames including breaks of 85 and 65 before the interval.

But Walden, a former two-time semi-finalist, wrestled his way back into the match and gave Trump some anxious moments before the world number one limped to a 6-3 win.

Trump said: “It was tough after the break, nothing really went my way so at the end I had to wait for my chances and I fell over the line.

“A couple of years ago I’d probably have started going for balls and give up and not worry and just play the next event. But when you’re winning a lot of games, you don’t want that to end.”

Jack Lisowski reached the quarter-finals for the first time after an entertaining 6-4 win over Xiao Guodong.

Xiao blazed into a 2-0 lead but then withstood a Lisowski comeback, and the Chinese player won the sixth frame having at one point required three snookers.

But Lisowski rallied and wrapped up victory in style with a break of 107.