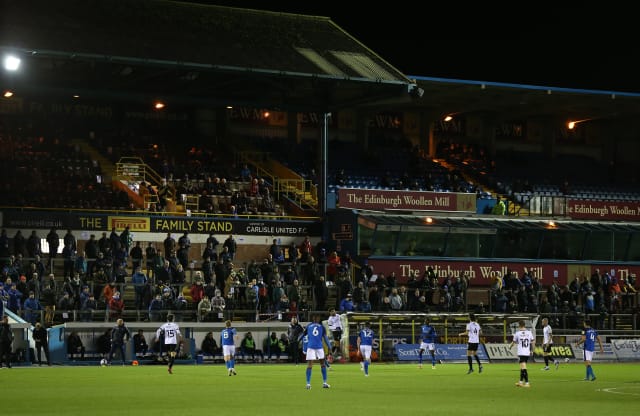 The Premier League and EFL have reached a landmark agreement which will enable lower-league clubs affected by the coronavirus pandemic to access £250million in funding.

The bailout package has been months in the making and became highly politicised after the Government’s insistence that the Premier League should help out the EFL.

It also follows the emergence of Project Big Picture proposals in October, which featured a promise of a £250m package for the EFL but created a huge rift between the leagues over some of the Premier League governance reforms it contained.

An initial Premier League offer of a £50m package to the EFL was rejected days after the PBP proposals had come to light and been ditched by top-flight clubs.

The reason the EFL gave for rejecting that initial offer was that it did not include provision for Championship clubs, but that obstacle has now been overcome.

A new £50m package has been agreed for clubs in the third and fourth tiers. It is understood clubs in Leagues One and Two will receive a minimum of £375,000 and £250,000 respectively, and then receive a share of a further £15m pot which will be distributed via a calculation of lost gate revenue approved by the EFL and the Premier League.

These clubs will also be able to access a further pot of £20million from which monitored grants will be awarded by a joint EFL and Premier League panel. Clubs can apply based on need, and these funds need not be repaid provided they comply with transfer and wage spending restrictions and other EFL financial regulations.

The Premier League has committed to provide up to £15m in funding to cover interest payments and arrangement fees on a £200million loan to be taken out by the EFL, which it would then distribute to Championship clubs.

No club will receive more than £8.33million, and the facility is to cover PAYE liabilities only, up to the end of June 2021. The EFL will be responsible for ensuring loans are repaid before June 2024.

This fund will not be open to Championship clubs who are in breach, or suspected to be in breach, of EFL financial regulations, and clubs in receipt of a loan will be required to maintain compliance with those regulations.

EFL chairman Rick Parry said: “Our over-arching aim throughout this process has been to ensure that all EFL clubs survive the financial impact of the pandemic.

“I am pleased that we have now reached a resolution on behalf of our clubs and as we have maintained throughout this will provide much-needed support and clarity following months of uncertainty.

“I would like to thank (chief executive) Richard Masters and (chairman) Gary Hoffman for their efforts on behalf of the Premier League, and of course their shareholders, for making this welcome, tangible commitment to the professional game at a time when it has needed it most.”

Masters added: “The Premier League is a huge a supporter of the football pyramid and is well aware of the important role clubs play in their communities. Our commitment is that no EFL club need go out of business due to Covid-19.

“All football clubs continue to suffer significant financial losses as a result of the pandemic, but Premier League shareholders today unanimously agreed to provide additional funding and support for EFL clubs in real financial distress.

“We are very pleased to have reached this agreement and we stand together with the EFL in our commitment to protect all clubs in these unprecedented times.”

Julian Knight, the chair of the Digital, Culture, Media and Sport committee, who has previously described the EFL and Premier League as “fighting like cats in a sack”, said it was a ray of hope for fans but criticised the time taken to reach an agreement.

“We, as a committee, have long pressed the Premier League and the EFL to reach an agreement.

“It cannot be right that in the middle of a pandemic the Government has been drawn into sorting out wrangles at the top of the game because football chiefs were incapable of doing it themselves.”