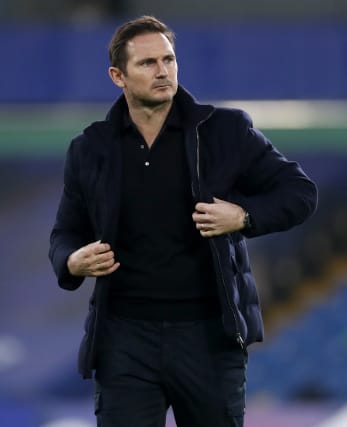 Frank Lampard does not want to tempt fate after Chelsea matched an achievement of the club’s Champions League winners with a 4-0 thrashing of Sevilla on Wednesday.

The victory was the Blues’ fourth in a row in this term’s Champions League.

The last time Chelsea won four on the trot in the competition was 2012 – the year that they lifted the trophy with Lampard a player.

Asked if he knew that statistic, Lampard said: “No, I wasn’t aware of that. I do like superstitions but I also don’t like tempting fate.

“Listen, I am pleased with where we are at. The levels go up in the next stage and I am thankful that we have qualified for it and topped the group at this early stage.

“It is great for the confidence but the levels will go up, competition goes up, we found that last year.

“We are in a different place and we are improving, I feel that.”

Chelsea are bedding in after their £220million summer rebuild, now boasting a 15-match unbeaten run in all competitions after Olivier Giroud’s stunning four-goal haul in Spain.

Young manager Lampard hailed his new-look Chelsea side for gaining steadily in confidence – but insisted no one in west London will believe the hype.

He said: “I will never be one to get carried away but I knew that at the start of the season we would have new players who need time to bed in, we are seeing the young players are maturing and reacting to competition.

“The experienced players are affecting things and reacting to competition.

“I look at Oli today but you could look around at other performances in that team with Jorginho, (Antonio) Rudiger, (Cesar) Azpilicueta and others.

“After the group stage, we have a long time back in the Premier League and things have to keep improving.

“I am pleased we are gaining confidence so we feel we can take on any opponent. That’s the progression we are in and today is another step for us.”

Lampard made nine changes from Sunday’s goalless draw with Tottenham in the Premier League and was rewarded with fine showings from fringe men like Emerson Palmieri.

The Italian full-back delivered his strongest performance for some time, while Giroud’s perfect hat-trick with a penalty to boot will heap the pressure on Lampard to start the 34-year-old against Leeds on Saturday.

The France striker has sat third in the Blues’ striking pecking order so far this term, behind Tammy Abraham and Timo Werner.

Lampard said: “The recruitment and now the competition has started to be really positive in the group, with players trying to get in the team and train at the top level every day.

“I have to put a small warning next to that because people will get excited, particularly after a result like in Seville but, as always, consistency is what wins you titles, Premier Leagues and Champions Leagues.

“We can’t play like we did on Wednesday and then drop the level. Sustaining that level is what will bring success.”