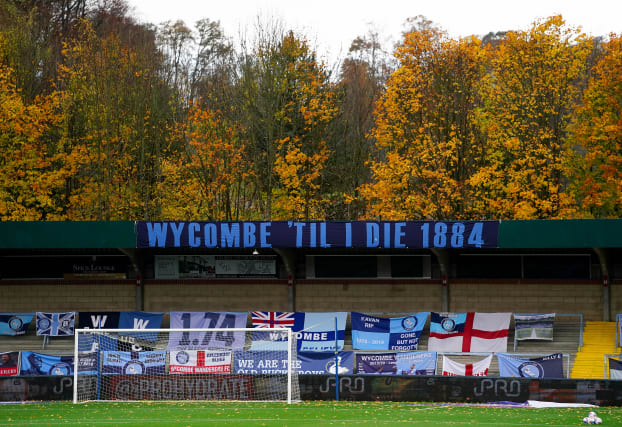 Fans will begin returning to major sporting events from Wednesday as the second national lockdown is replaced by the tier system.

A handful of fans will be welcomed to some Football League matches on Wednesday evening, while four race meetings will also have a limited number of spectators during the day.

Under new rules which began at midnight, a maximum of 4,000 fans can be allowed at outdoor events in tier one – though only a small part of the nation is under the lowest level of restrictions with no football league clubs covered.

In tier two areas, up to 2,000 people can be allowed in, though many clubs are hosting smaller test events before moving to that number. Spectators will still be banned for areas under tier three restrictions.

On Wednesday, 1,000 tickets have been sold for Championship matches between Wycombe and Stoke, and Luton against Norwich.

In League One, Charlton have offered tickets via ballot for their match against MK Dons, while Shrewsbury have issued a small number for their game against Accrington.

Three hundred fans can attend the League Two fixture between Carlisle and Salford, with a limited number to be allowed in for Cambridge’s match against Mansfield.

Race meetings at Ludlow, Lingfield, Kempton, and Haydock will have some spectators.